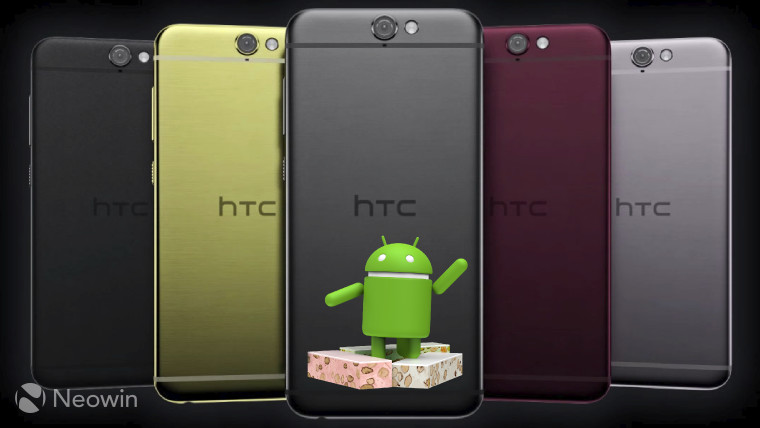 It's been over seven months since Google released Android 7.0 Nougat, but now, HTC has finally commenced its rollout of the update for the One A9 in Europe.

You may recall that when HTC originally announced the One A9 in October 2015, it promised to bring the latest Android updates to the handset within 15 days of their release to Google's Nexus devices. That commitment turned out to be completely worthless - in August 2016, HTC broke its promise, and gave owners of the device no hint of when to actually expect the Nougat update.

It wasn't until January 2017 that unlocked One A9 models finally received Android 7.0, and the Sprint variant followed a month later. Now, at long last, HTC is bringing the update to unlocked and carrier models in European markets, as confirmed by Graham Wheeler, the company's Product and Service Director for the EMEA region.

Remarkably, despite the enormous wait for the update to arrive, HTC hasn't even included the latest Android security patches with it. Instead, it's rolling out the February security update, three weeks after Google released the March patches.

Source: @wheelergd via The Android Soul