Sharp has announced that it is to be the first company to produce, and make commercially available, an 8K screen - although the price, as you will see, is quite staggering. 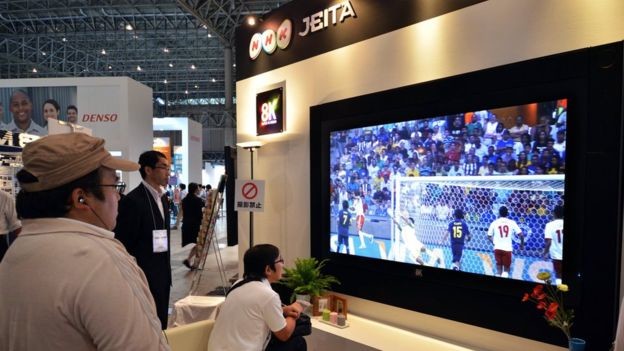 While 8K isn't exactly new for companies - as several test models have been created already - it is the first time that one has been announced as working well enough to be sold commercially. However, at a price tag of $133,000 (£86,000), it is suspected that only companies who want to prepare for 8k, such as news organisations, will buy into the new resolution.

4K still hasn't hit consumers properly just yet, with the technology only slowly picking up pace. However, that doesn't stop technology from growing and evolving. 8K promises to provide 16 times as many pixels as the current high-definition format of 1080p. This can provide a three-dimensional view of what is being displayed on the screen.

Commenting on the viability of an 8k screen, Abhi Mallick, from IHS Technology, said:

This is probably accurate, considering the slow pace of 4K adoption - and many services still not supporting 4K. Are consumers and businesses alike really ready for a higher resolution already? Not only that, but are internet speeds good enough to stream such a high-resolution image? Many people still complain of issues with 1080p and 4K, never mind 8K.

While this new resolution will certainly look great, the way the image is created may not impress many. The built-in TV tuner will not natively support 8K via one single port. Instead, it will require 4 HDMI cables, due to the amount of data that will be needed. The data from all the cables will then be combined to create the 8K resolution on the screen itself.

Questions still remain unanswered, though. How much data will 8K actually require? Will current internet technology be able to handle the heavy data load? These, and more questions, still need answering, as without being able to stream 8K content, it is unlikely to become mainstream now or in the future.