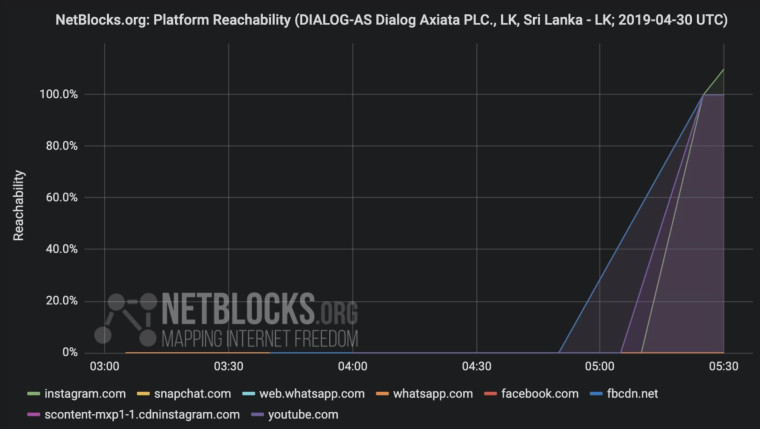 Today, for the first time in over a week, social media networks in Sri Lanka have been revived following a government blackout that occurred as a result of violence that erupted in the country, killing hundreds.

In the early hours of April 30, NetBlocks.org confirmed that services in the region were being restored, giving users access to Facebook, YouTube, WhatsApp, and more. The restoration of services after nine days comes with a statement from the government to "use social media responsibly even though the ban is lifted, due to the prevailing situation in the country.”

Although security and misinformation concerns were raised, it is unclear how effective the blackout was during the nine-day period. However, according to NetBlocks, there were concerns raised with regards to Sri Lankan citizens, and how well they were able to communicate during the incident. This isn't the first time that Sri Lanka has banned social media services, as the country went dark once again around the same time last year, after violence broke out in March of 2018.