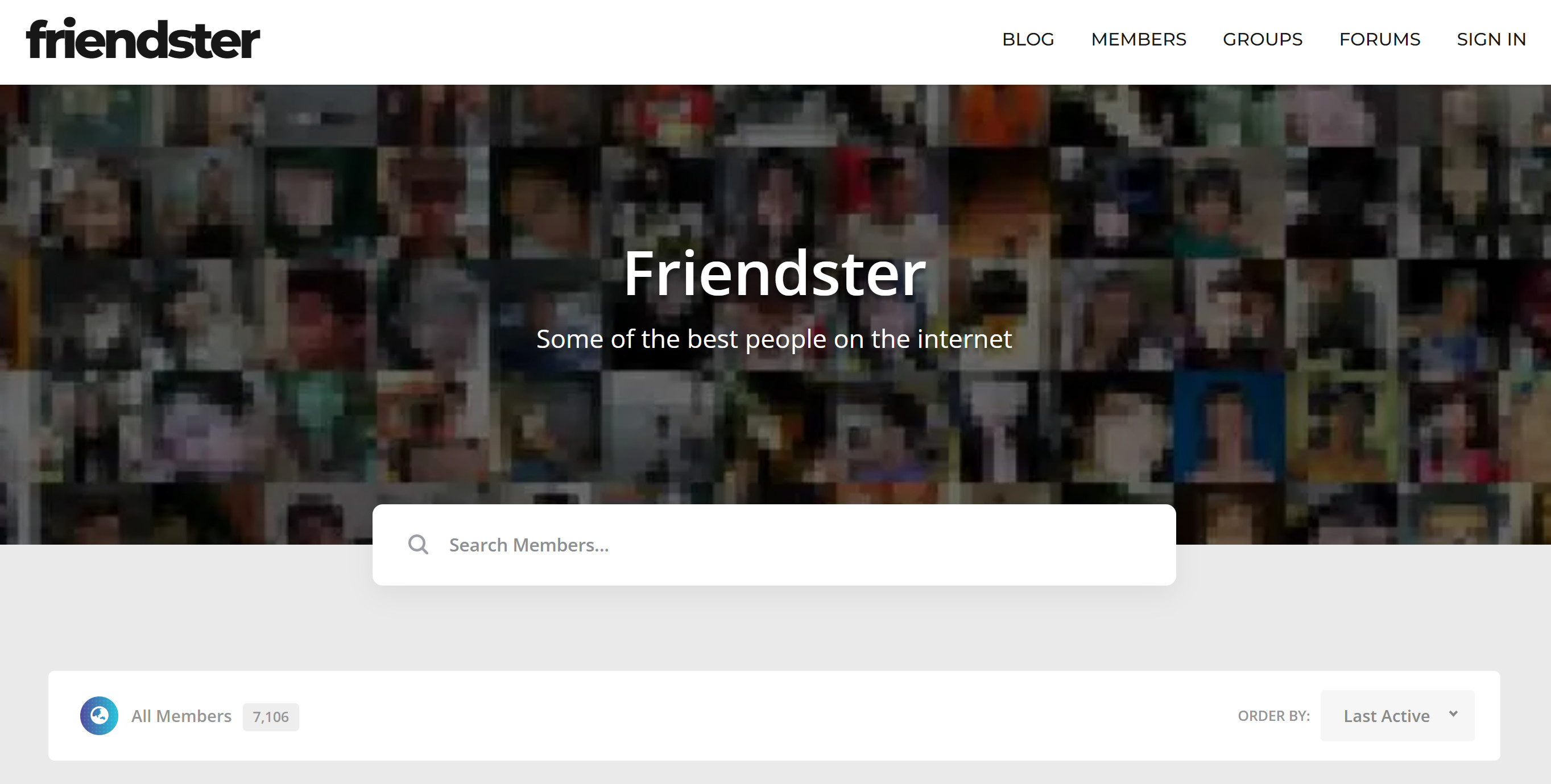 Before social media platforms like Facebook and Instagram became popular, there was another social networking website called Friendster. Mainly popular in Asia, Friendster allowed its users to share testimonials, join groups, and customize their profiles with music, wallpapers, and other media, among other things. In 2008, the service had more than 115 million registered users. Unfortunately, due to the intense competition from other social media platforms, Friendster's website and all its services shut down in 2015. The company closed down and was dissolved in 2018.

More recently, however, the social media platform was seen online again, advertising itself as "a place for friends." Its new website features a news feed, a hashtag section, and tabs for blogs, members, groups, and forums. It currently has over 7,000 members, mostly from the Philippines.

However, if you're looking to sign up and make this your replacement for Twitter, we implore you to exercise caution. There is no confirmation that the new Friendster website is legitimate, as the company has made no official announcements about its comeback. The website also uses a .click top-level domain instead of a .com one, an uncommon behavior with social media services.

What's more, as Unbox.ph points out, the website Friendster uses is based on WordPress and uses the SocialMag theme to make it appear like a social networking platform. It's also likely that the website is just a ploy by cybercriminals to bank on nostalgia and steal data from unsuspecting users to use for future phishing attacks.