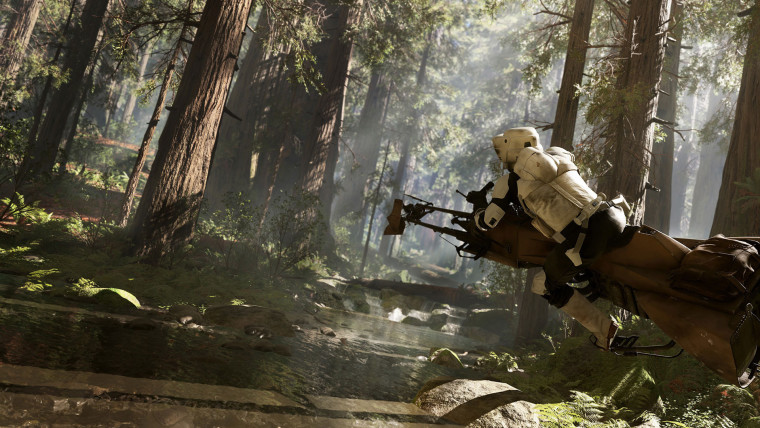 The beta test for the game will be accessible on Xbox One, Playstation 4, and PC, however the requirements to play the beta are still unknown. Previous beta tests from the publisher have required certain purchases prior to initially gain entry, but as this is EA’s first large scale Star Wars project, access could potentially be open to all.

When the beta first drops in a months’ time, a new gamemode titled 'Walker Assault', will be playable on Hoth, first showcased by Electronic Arts at their E3 press conference earlier in the year. The map holds up to 40 players in a single multiplayer game, pitched against one another in equal teams. The gamemode, and its location are massively influenced by the second Star Wars film to release, The Empire Strikes Back, where the rebels attempt escape, as the Imperial forces storm the ice filled base. The gamemode, while offering ground trooper, and vehicle combat, will also allow certain players take control of Luke Skywalker and Darth Vader themselves, and gain access to special abilities.

Tattoine will also be showcased with the Survival gamemode, where rebels must fight an onslaught of Imperial forces, which increase in numbers and ability, as the game progresses. While this gamemode may have similar equivalents in other franchises, this is a perfect way to experience the hectic, large scale combat, by facing AI controlled enemies.

A new gamemode called Drop Zone has also been revealed, however no details have yet been shared. EA have promised to share details, before the beta drops next month. 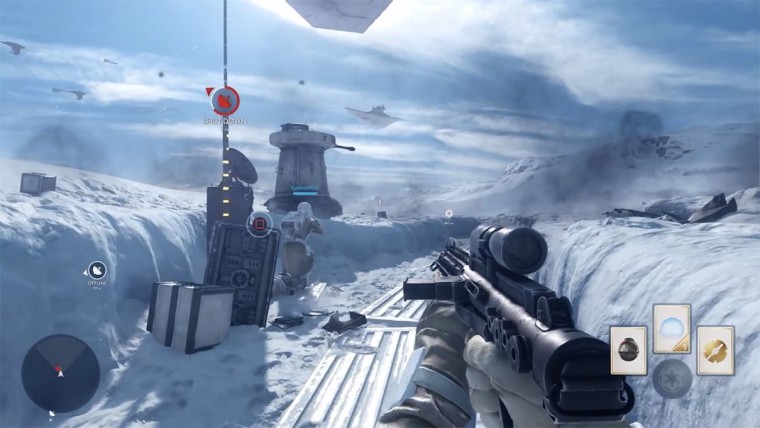 Also announced alongside this beta was the Star Wars: Battlefront Companion app, which will accompany iOS and Android players in their Star Wars experience. The app will offer statistic and progression tracking, loadout and appearance customization, and access to the social aspects integrated into the game. The app will also host the mini-game, Base Command, where players can collect Star Cards, and play an online strategic card game. Rewards for using this app include new Star Cards for Base Command and weapons/appearance options in the full game.

The Star Wars Battlefront beta will arrive early next month, accessible via Xbox Live, Playstation Network, or EA’s PC games client, Origin. There is a possibility that rewards may be obtained from participating in the beta, but it has been confirmed that no progress will transfer to the final game.