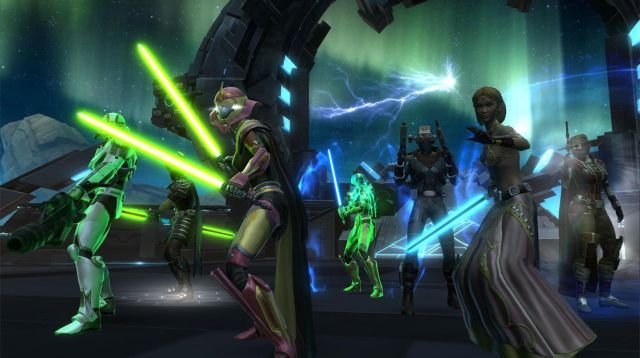 Star Wars The Old Republic has not been the massive success that developer BioWare and publishers Electronic Arts and LucasArts had thought it would be. Launched in December 2011 after years of hype, the MMO game has seen its paid subscriber base shrink drastically. BioWare has already laid off a number of the game's staff members, and earlier this month launched a free trial version that let players check the game out to level 15.

Today, BioWare and EA have announced further changes to try to bring in more players for The Old Republic. In a press release, they stated that later this fall, the game will be made available for free up to level 50 with some restrictions in terms of accessing new content and advanced character abilities.

Update: EA has just admitted in its quarterly financial report that Star Wars The Old Republic now has less than one million subscribers.