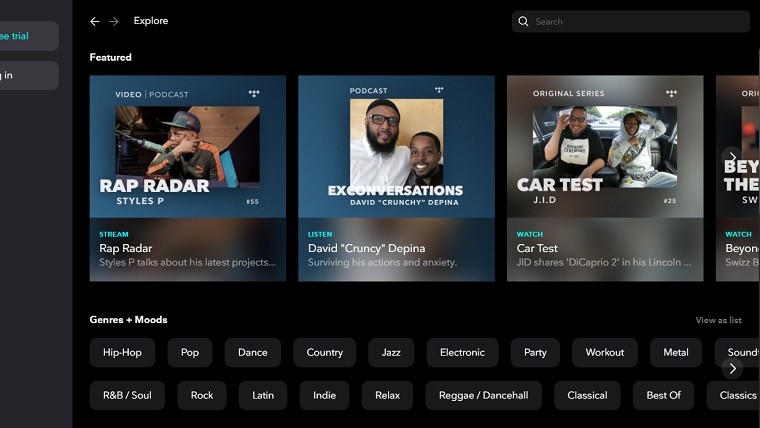 It's no secret that the Microsoft Store has had some trouble attracting apps, but every now and then we do hear of a relatively popular service making its debut on the platform. Today, Microsoft has announced the arrival of Tidal, a music streaming service that's known for being partly owned by rapper Jay-Z and for its high-fidelity audio offering.

Tidal isn't just owned by Jay-Z - in fact, a number of artists are part of the project, and the network carrier Sprint acquired 33% of the company back in 2017. In addition to the ability to stream high-quality lossless audio, there are a number of ways Tidal tries to differentiate itself. These include opportunities to attend 'private listening parties', for example.

There were already a couple of music streaming services available on Microsoft's platform, including Spotify and Deezer, but it's always a good thing to have more options. Apple Music is also available through iTunes, which was made available earlier this year. Tidal is the only one to offer the more expensive high-fidelity tier, though, and it costs $19.99 per month.

If you'd like to download the newly-launched streaming service from the Microsoft Store, you can do so here. Note that, much like iTunes, the app looks to have been brought over through Microsoft's Project Centennial, so it's not a true UWP app if you care about that.