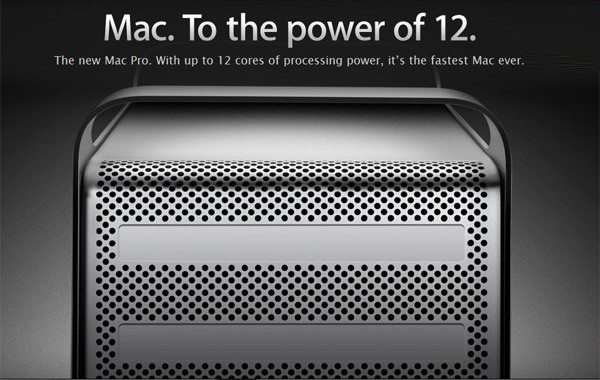 The fastest Mac Pro ever made is now available for pre-orders. The 12-core beast of a Mac is retailing at 4,999.00 USD and is available via the official Apple website.

As well as this, there are revamped versions of the quad and eight core models, retailing for $2,499 and $3,499 respectively. The new Mac Pro runs a pair of six-core Xeon “Westmere” processors clocked at 2.66 GHz with 6GB of memory and a 1Tb hard drive; the 'super computer' also has a 18x double layer SuperDrive. Coupled with the ATI Radeon HD 5770 1GB, this is indeed a beast of a computer that is available from Apple. It was announced last month and Philip Schiller, Apple’s senior vice president of Worldwide Product Marketing, had this to say about the product.

“The new Mac Pro is the most powerful and configurable Mac we’ve ever made,” he said, “With up to 12 cores, the new Mac Pro outperforms our previous top-of-the-line system by up to 50 percent and with over a billion possible configurations, our customers can create exactly the system they want.”

The 12-core Mac Pro will be shipped in 7-10 days of pre-order, but will set you back upwards of the 5,000 USD; Engadget configured one of the super powered Macs and reached a considerably higher price of 16,249 USD. This is due to the extensive customization available for the computer, including more memory, a second graphics card and it also offers more processing power, not that you would need it anyway.