Want to own a piece of gaming history? If you’ve got some seriously deep pockets – or at least a credit card with a high spending limit – this could be your lucky day, as an extremely rare Nintendo game has gone up for auction on eBay.

The NES game is one of just 116 special edition copies of ‘Nintendo World Championships’ created in 1990. 26 of these were gold-coloured and given away in prizes by Nintendo Power magazine; the remaining 90 were grey and given away in a national gaming competition that toured the United States. But since the game never went on sale, even the grey versions are highly prized by game collectors. 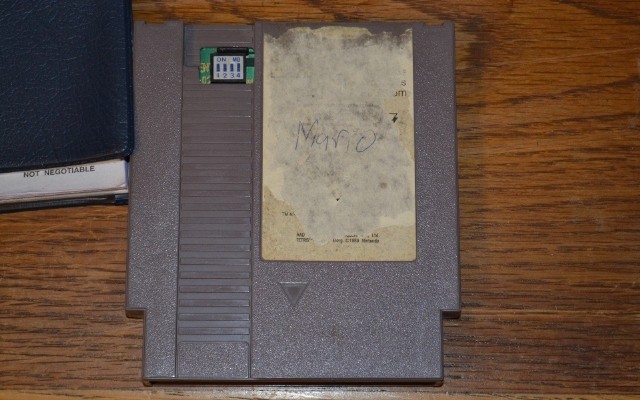 The game cartridge was created specifically for the competition, and included Super Mario Bros, Tetris and Rad Racer; the latter also included a special course created for the contest. You can find out more about the cartridge and the Nintendo World Championships on Wikipedia.

Copies of the game sold at auction have previously reached prices as high as $21,000. The cartridge currently on auction – a grey version – is not exactly in the best condition, with a badly damaged label and ‘Mario’ scrawled on it, but that hasn’t stopped the bids from climbing rapidly.