Back in February, photographer Richard Persaud created a highly popular remix of two of Microsoft's Surface TV commercials. Now Persaud and his Stay Classy Studios are making their mark on another Microsoft related product, the Nokia Lumia smartphones, in concepts for a new magazine ad campaign. 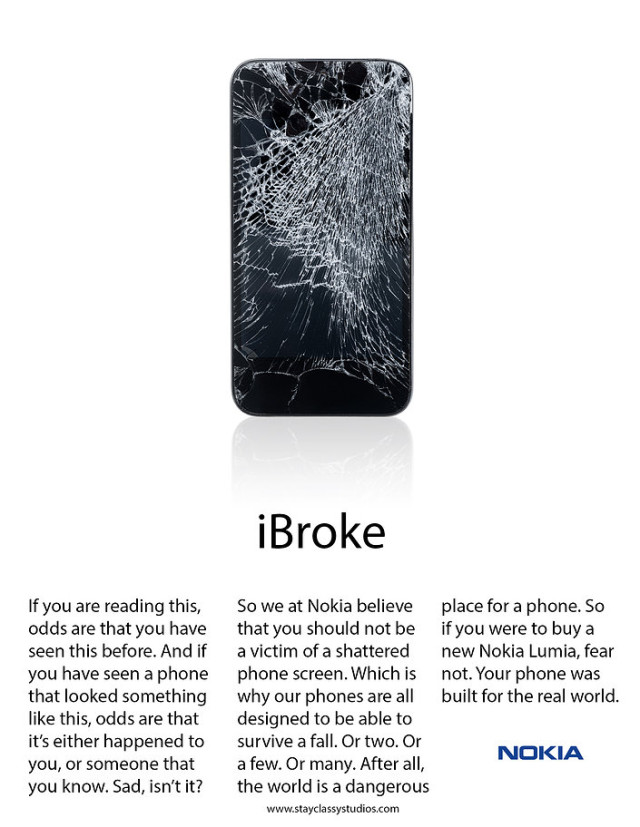 The concept ads, posted on the Stay Classy website, have Apple's iPhone squarely on their sights at the main target of derision. One of the ads tries to make the case that the iPhone is not well built but that Nokia's Lumia smartphones, running on Windows Phone, can take a lot more abuse. 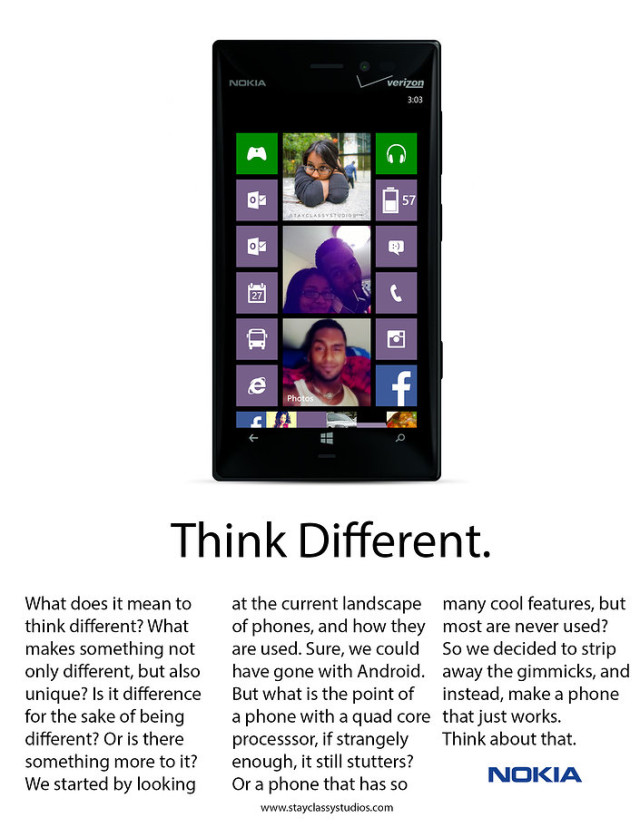 Yet another marketing concept uses Apple's old "Think Different" ad tagline to make the case that Nokia could have used Android as the OS for its smartphone but decided to go in another, different directly with Windows Phone. The ad concepts that Persaud made are certainly interesting, and seem to be in tune with Microsoft's more recent and aggressive ad campaigns for Windows Phone, as the Lumia 920 was compared to the iPhone and Samsung's Galaxy S3.

While it's doubtful that Nokia will take this kind of approach in marketing its Lumia devices, it definitely has at least one fan who wants them to take the fight directly to Apple.