After reviewing AMD's $550 Radeon HD 7970 in December, we were excited to lay hands on some more affordable Southern Islands cards. Unfortunately, our enthusiasm was short-lived when the wallet-friendly Radeon HD 7770 and HD 7750 arrived in February. The latter was a tad slower than the last-gen GeForce GTX 550 Ti, though also less expensive and more power efficient, while HD 7770 was priced pretty close to the GeForce GTX 560 at $160 but couldn't match up to it in terms of performance.

At the end of the day, neither HD 7700 series card really pushed the envelope in terms of value. Part of that presumably stems from the fact that Nvidia hasn't launched its GTX 600 series yet, allowing AMD to have its way with the market. When Nvidia's Kepler products finally arrive (rumored for late Q1/early Q2), we're hoping some pricing adjustments follow. If (when?) that occurs, the HD 7700 series could become more attractive overnight -- and not just in single-card setups. 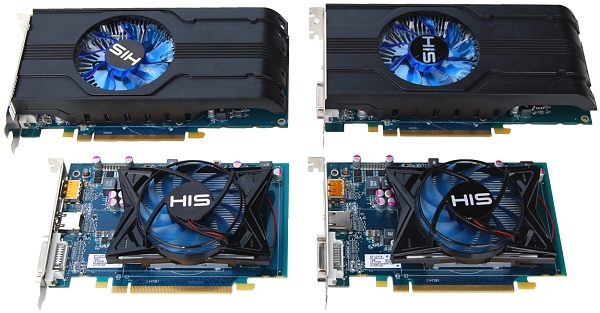 The old HD 5750 and 5770 were popular Crossfire candidates and the same could be true of the HD 7700 series if it's priced right. Anticipating that day, we're testing the HD 7750 and HD 7770 in Crossfire across more than a dozen games to see how well they scale and compare against cards such as the HD 6870 and GTX 560 Ti. Those looking for more info about the HD 7700 series should read our launch day coverage. Everyone else: buckle up and let's take these cards for another spin.

Read: AMD Radeon HD 7770 & 7750 Crossfire Performance Tested
This article is brought to you in partnership with TechSpot