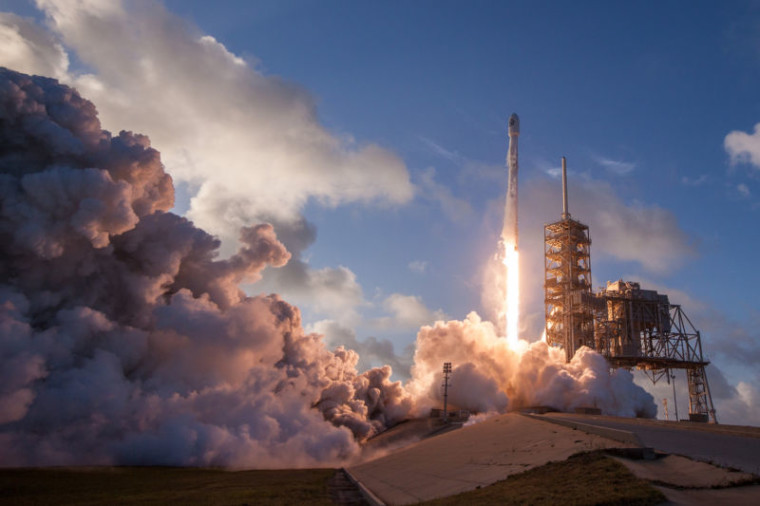 "Oh man, look at those cavemen go", these were some of the lyrics of David Bowie's Life on Mars that were blasted out of Musk's own Tesla Roadster original, as it was sent into space, following a successful maiden launch of SpaceX's Falcon Heavy rocket.

The Falcon Heavy launch date had been put back many times by the company over the years, until the end of 2017 and this week when it was thought that the launch was finally imminent. Today at the historic Launch Complex 39A at the Kennedy Space Center, the Falcon Heavy successfully fired up all of its 27 engines and lifted off. The rocket is currently the world's most powerful by a factor of two and can be described as being basically three of the company's Falcon 9 boosters strapped together to form one massive rocket.

Musk, the CEO of SpaceX, had initially set the bar low for the launch, mentioning that there was a significant chance the whole thing could just blow up. The actual liftoff was not the only major event today. As apart from deciding to send his own car into space instead of a lump of concrete, the maiden flight had to attempt to pull off three successful landings of the three boosters. Currently, it seems this was successfully achieved and the image of the first two boosters coming in to land simultaneously seemed almost like something out of a science fiction movie. The third booster landed on a drone ship placed out in the Atlantic Ocean, sadly the footage of its landing was obscured by the smoke and vibrations as the booster came in. There are, as of yet, unconfirmed reports that the booster might not have landed successfully on the droneship. If the third booster did land successfully this would make the entire launch a complete success. 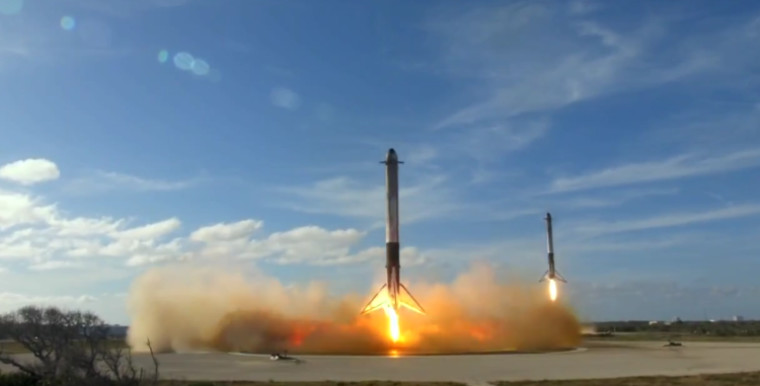 The Roadster, holding a dummy named "Starman"' and wearing SpaceX's spacesuit, will be sent on a trajectory that will bring it near Mars where it might sit in space for millions of years. At the moment there is a live feed being provided of the view from the car as it travels across the solar system.

The full sequence of events from the launch and other commentary can be seen in the video below from SpaceX .