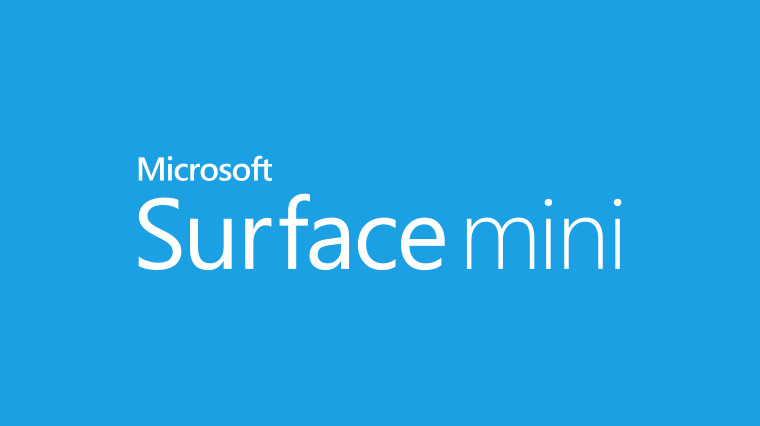 Microsoft, you killed the wrong product.

That’s the conclusion I've come to after spending a bit of time with Microsoft’s unannounced, but written-off, device that it pulled from the Surface keynote at the last minute earlier this year; the Surface 2 is no longer fit for this planet. In an opportunity that was too good to pass up, I got the chance to play with a Surface mini under one condition: I was told that I could not post any photos of the device, for now.

Obviously, those are the words that you, dear reader, don’t want to hear - but in return, we can provide the most comprehensive look at the Surface mini that may never see the light of day in its current form. We say that because the current specs are already showing their age and to release this device as ‘new’ would be crazy unless it was priced ultra-competitively.

As the rumors stated, and they were right, under the 8in display is a Qualcomm processor, 1 GB of RAM, Windows RT 8.1, USB support, and a microSD card slot as well. And as we stated many months ago, the device was going to come with the same pen that ships with the Surface Pro 3.

As far as its physical appearance goes, it looks much like a Surface Pro 3 but in a smaller form factor.

First off, the cases come in several different colors, much like the Type Covers, and includes a built in kickstand. At the end of the stand is the same loop that you can find with the Pro 3 to hold the pen. The front case cover is detachable but it is not a keyboard cover like you get with the Type 3. The space available would be too cramped to include a QWERTY. Instead, the attachable cover protects the front glass but the entire cover makes the tablet feel like a portfolio.

The front cover does not attach like it does on the Pro 3, instead, it has two little clips that insert into the case that hold the cover on firmly.

This device is the pen and paper killer. The size is fantastic, although the bezel does seem large for the size of the display, but the case creates a compact, easy to carry and highly functional tablet. The bezel size is large enough to have a full size Windows button, exactly like the Pro 3 at the bottom; at the top, there is a front facing camera with roughly the same size bezel. It does make the device look a bit odd since the bezel is so large but it does make sense if you are holding the device so your thumbs don't cover the screen.

I have grown to be a big OneNote fan after using it extensively with the Pro 3 and in this smaller form factor, it would replace my pen and paper pad during interviews. Alas, Microsoft won’t let me buy one, yet. For now, the product is not going on sale and we have no idea what Microsoft did with the extra hardware that it built. But, if the company doesn't want to put one in the landfill, I'd happily put it to good use.