There isn't really much screen real estate and aren't many physical buttons on the Apple Watch, but that hasn't deterred an ambitious developer from building an emulator for the device.

Disappointed with the lack of content, Gabriel O'Flaherty-Chan set out to have a bit of fun by creating his emulator for the Game Boy dubbed Giovanni. The project wasn't straightforward, requiring the perfect balance of frame rate and performance. While he initially set out to port an already existing emulator, it turned out that building his own from open source code was actually more efficient. After tinkering around for a quite a bit, he was able to get a proof of concept working.

Trying to take the most minimalistic approach, O'Flaherty-Chan made good use of the digital crown, allowing it to control the movements for up and down while leaving screen gestures to handle controls for left and right. Also, rather than waste precious screen real estate with an overlay of virtual buttons, he made the action of tapping on the screen capable of activating the "A" button and put the rest on the bottom of the display. 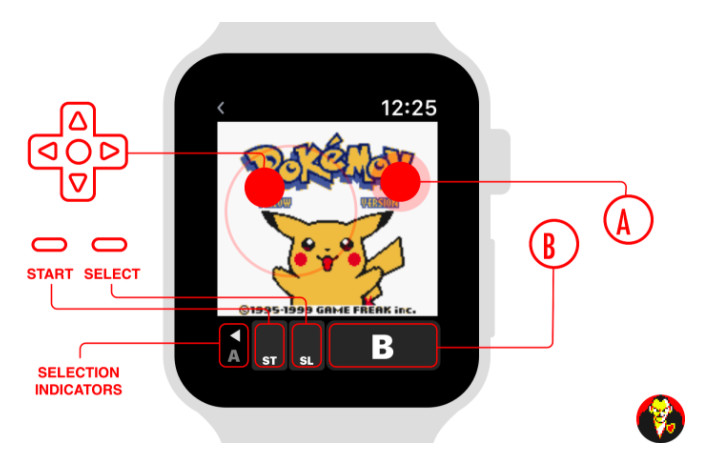 Naturally, this will never appear on Apple's App Store since it violates the store's terms and conditions. But it is fun to see an imaginative developer take the time to create something a bit fun. For a more in-depth look and description of the process, be sure to check out O'Flaherty-Chan's website at the source link down below.