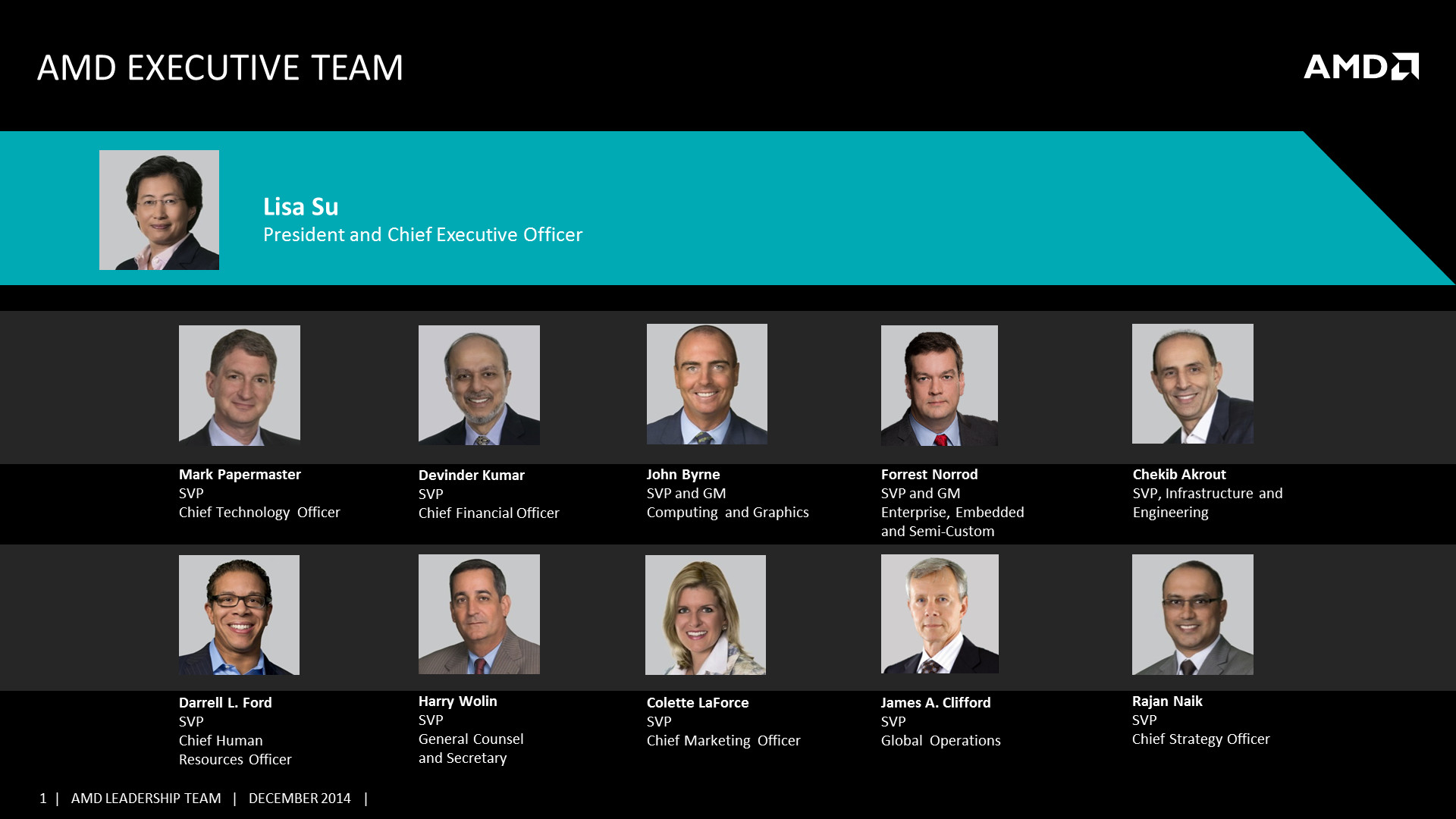 Advanced Micro Devices Inc. has announced via an 8K filing on January 12 that three senior executives are leaving the company, following recent layoffs ordered by the newly appointed Chief Executive Lisa Su to revamp the organization.

​An AMD representative explained in an email that the departures are "part of implementing an optimal organization design and leadership team to further sharpen our execution and position AMD for growth". This plan started with a 7% reduction of its workforce last year, and is the result of a change in style and approach which came with the new CEO.

However, AMD fellow Patrick Moorhead believes that this is not as bad as it sounds, and that "most of the departing folks have other opportunities lined up."

These changes come at a time when AMD is struggling to keep up with Intel, despite the success they've had by integrating their chips in popular consoles such as the Xbox One and Play Station 4.

Still, AMD sells good value products for consumers, such as powerful graphics cards that match higher priced alternatives from NVIDIA, and is slowly expanding into areas like low power servers, which should help the company moving forward.