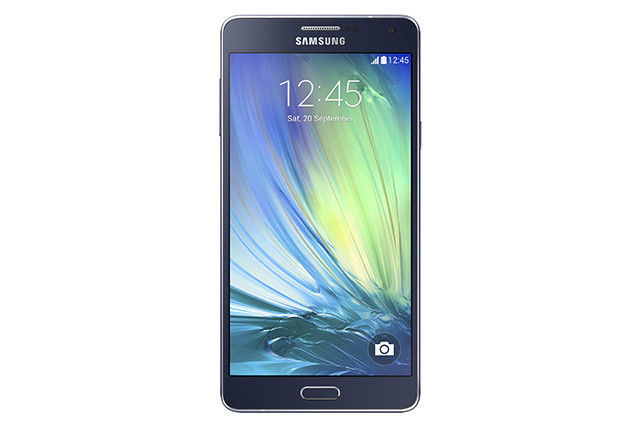 At just 6.3mm thick, it is one of the slimmest Galaxy smartphones to date. The phone takes some of the best features from the Samsung Galaxy A3 and A5 and combines them to offer some pretty decent specs which include:

The Samsung Galaxy A7 follows the same unibody design as the previously released A series phones. The battery and 720p display are slightly on the lower side, however, considering that it's a high end device but the processing power and photo-capturing capabilities of the phone are bound to entice some customers.

K Shin, CEO and Head of IT & Mobile Communication at Samsung Electronics emphasizes that the phone's design and social features are essential to providing a 'superior user experience' stating that:

We strive to develop devices that appeal to a broad range of consumers and are ahead of the next big social trend. Combining both a stunning metallic design and a powerful performance, the Galaxy A7 is stylish while delivering the superior user experience.

Pricing and availability details have not been revealed, but the device is expected to follow the A3 and A5 into stores fairly soon.