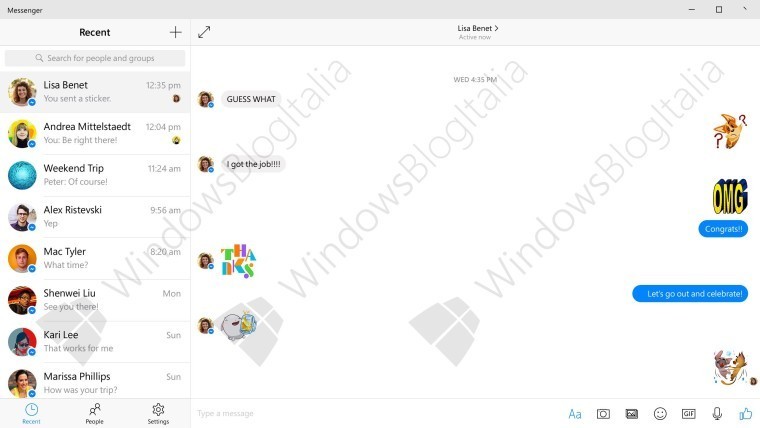 There's been a lot of news of the last week about Facebook apps for Windows phones, or more specifically, Windows 10. Facebook Beta, a closed beta app that's actually made by Facebook (rather than Microsoft) got updated with reactions.

Now, it's a UWP Messenger app. Like the new Instagram app, it's an iOS port, although it's also likely that it's not an Islandwood port. Here's the video:

As we can see, the app looks almost identical to what you would get from Messenger on an iPad. We can all hope that since Instagram (beta) was released so quickly after the leak that this will too. On the other hand, the UWP Instagram app is clearly not ready to be used as one's primary Instagram client.

Time will tell on this one. One thing is for sure. Facebook seems to be working hard on iOS ports for UWP apps.