Most winter promotions still have a week to go before they come to an end, and the same goes for the current Humble Monthly Bundle. You have until January 4 to put down $12 and receive the current three early unlock games as well as the remaining mystery titles when they are revealed.

The early unlocks you receive immediately are Just Cause 3 XXL Edition, Project Cars 2, and Wizard of Legend. Subscribers also gain access to the DRM-free games in the Humble Trove, as well as a 10% discount for games available on the Humble Store.

Don't forget that the massive Sonic bundle from last week is still going strong, offering up 11 classic and modern games that feature the supersonic hedgehog and his friends.

Meanwhile, the Very Positive Bundle from Fanatical has made a return this week as well, but only for a short period. Bastion, RiME, The Sexy Brutale, and Dex - all with very positive reviews on Steam - can be yours for just $3.49. 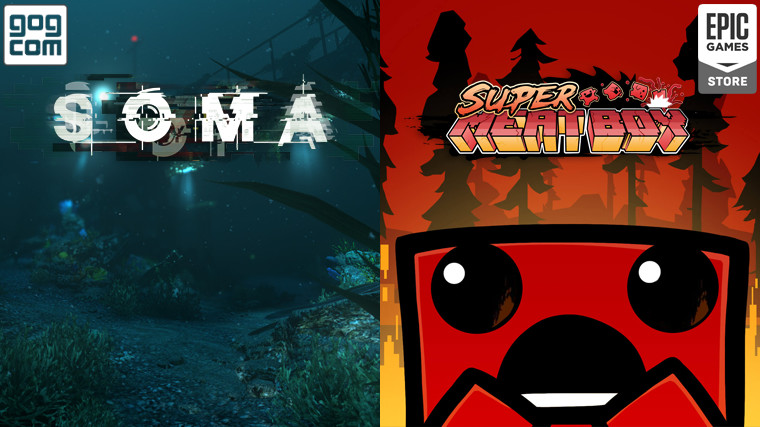 Before you get into this weekend's big deals below, have a look at a couple of freebies that are being offered right now.

The DRM-free GOG store has made SOMA completely free to claim until Sunday. This hit science fiction horror title is made by the same studio - Frictional Games - which created Amnesia: The Dark Descent. The game even features a Safe Mode if you're not that into its horror aspects.

Meanwhile, the new Epic Games Store is back with another freebie. The previous Subnautica giveaway has now been replaced by the popular and challenging platformer Super Meat Boy. You have until January 10 to grab the game.

While Christmas is behind us, winter sales will still be rolling on strong for several days more. We have a brand new list of highlights below for you to peruse, but many games from our previous feature are still on sale as well - primarily on Steam-, so check that out if you missed it.

Discount codes aren't taking breaks either. Fanatical store has the code FANATICAL10 and GreenManGaming has GMG12, offering 10 and 12% additional discounts respectively for your cart.

Before picking up any Microsoft Store games, know that the company is currently offering a one-month Xbox Game Pass subscription for $1 to those who aren't already enrolled. This gets you Windows 10 games such as Gears of War 4, Forza Horizon 4, Sea of Thieves, and more.

For its final days of winter sales, the GOG store has brought back many of its previous daily deals for another sale session. New games have also been added to the GOG Connect page, letting you grab DRM-free versions of specific Steam games you own for free.

And that is it for this year's final PC game deals writeup folks, and hopefully, some of you have enough self-restraint to not break the bank adding new games to your ever-growing backlogs. Of course, there is an enormous amount of other deals ready and waiting all over the interwebs if you comb through it hard enough, so keep your eyes open for those, and have a fantastic new year.