With October coming to a close, this is the final week you have to ponder buying the current Humble Monthly Bundle before its remaining games are revealed and it's replaced by a new selection.

This month's bundle, however, is a unique one, where the store is giving an option to pick between two early unlock packages. One arrives with Sniper Elite 4, Tales of Berseria, and Staxel, while the other gets you a copy of Rise of the Tomb Raider. Coming in at the usual $12, the bundle will come to an end on September 7.

Also, the store is running a Digital Tabletop Bundle for those interested in board games, just without the board part. Beyond that, last week's Humble Spooky Horror Bundle has a few days left on its counter as well. 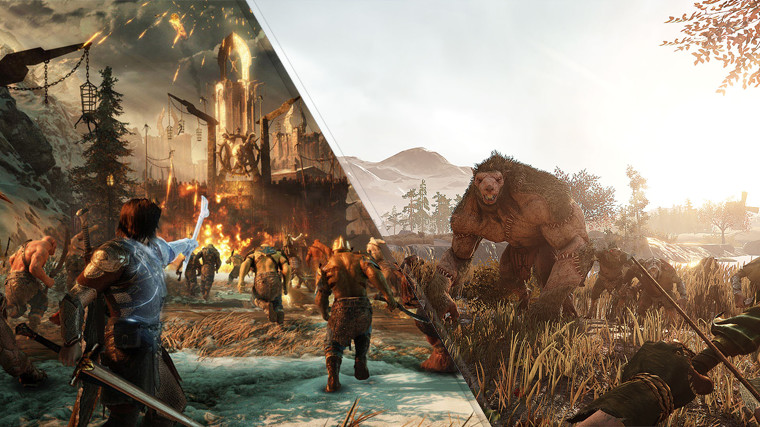 Warhammer: Vermintide 2 is free to try out on Steam this weekend, offering plenty of action-packed Skaven eradicating opportunities. The cooperative title can be played with up to four players, where hordes of oversized rats and members of the Chaos army are your opponents. Although the download size is rather large, the promotion is slated to run until Monday.

If you would rather slay orcs using your own ring of power, then the Middle-earth: Shadow of War free weekend may be up your alley. The newly microtransactions-removed RPG puts you in the shoes of Talion and his spectral friend Celebrimbor, who are trying to make up their own army to challenge Sauron. Once again, the download size is immense, so be prepared.

With the beginning of the weekend arrives a wide assortment of sales, and below, we have a selection of handpicked games that are near or below their historical discounts. We are not out of summer sale season just yet as the Humble Store has kicked off one of their own. Moreover, visiting the store daily and collecting stamps gets you some free games as well.

UPDATE: The Witcher 3 GOTY link has been fixed to point towards the correct version. Apologies for the mistake.