It's no secret that hard drives – with or without RAID – have long been the weakest link of an enthusiast PC but until somewhat recently flash-based alternatives weren't affordable enough for the masses. Granted, the price gap isn't as extreme as it once was, but many folks are still stuck with the limitations of one technology or the other.

Laptop users, for instance, are often forced to pick between a snappier experience with less storage or a slower one with more. About $100 can buy a 120GB SSD or a 1TB HDD, but we're still dreaming about flash drives that match the price and capacity of conventional storage. 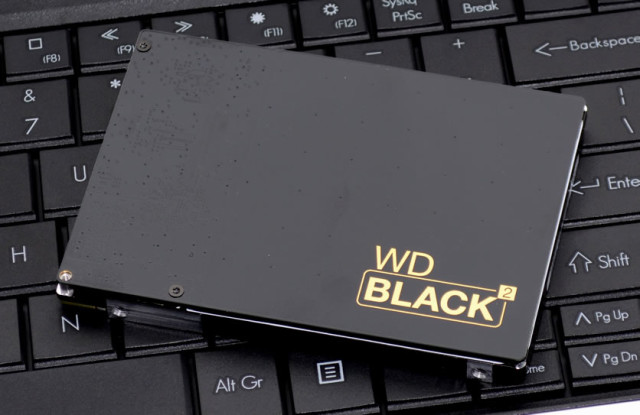 In the meantime, WD has come up with a solution for laptop users who have a single 2.5-inch bay (which is the vast majority of them). The company has developed a notebook drive that sports both a 120GB SSD and a 1TB HDD, though it's not a hybrid configuration such as Seagate's Momentus XT drives, which combine ample magnetic storage with a little NAND memory to cache frequently used data.

The Black2 crams both technologies into one drive too, but it simply does what desktop users have been doing for years by making the flash portion a primary boot drive with the disks serving as bulk storage. The difference is that the Black2 only uses a single slot.