Microsoft may have just updated the Windows Phone 8 app for Skype today with a couple of minor features but some Neowin readers noted in the comments that the Windows Phone version still lacks some of the functions found on other platforms. Today, the popular messaging app WhatsApp has added a much requested new addition: voice messaging. 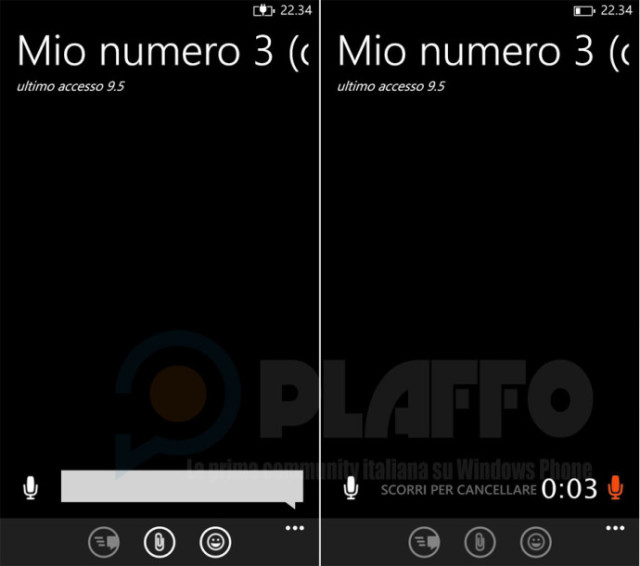 Plaffo reports that the new version of the app, which is currently rolling out to all territories, shows a microphone icon when a person enters into a text chat with someone else. Tapping on the icon will allow the user to record a voice message that can later be sent to that contact. There's apparently no time limit for the voice messages.

It's not just the Windows Phone version that's getting this upgrade. In an AllThingsD article, it reveals that voice messaging is also being added to the iPhone, Android, BlackBerry and Nokia versions. It also says that WhatsApp is now being used by 300 million people all over the world, and those folks are sending 11 billion messages per day, while also receiving 20 billion messages a day. It's clear that WhatsApp is growing its audience by leaps and bounds and that it is also dedicated to offering the same features for all of its platforms.