Wikipedia was down yesterday, and whilst it was understood that a technical problem occurred with the service, the specifics weren’t known until now.

The outage was caused by a bunch of accidently cut cables in a data center in Florida, which rendered the site inaccessible and slow due to the physical damage. Wikipedia itself wasn’t the only network to suffer, as part of the Wikimedia network was cut off too. 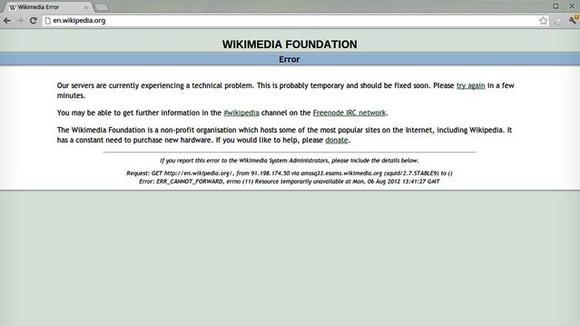 The site was not maliciously attacked or hacked, and everything was up and running pretty quickly. Initially, the network’s sites were running with no or very little CSS, but today the service seems to have been completely restored.