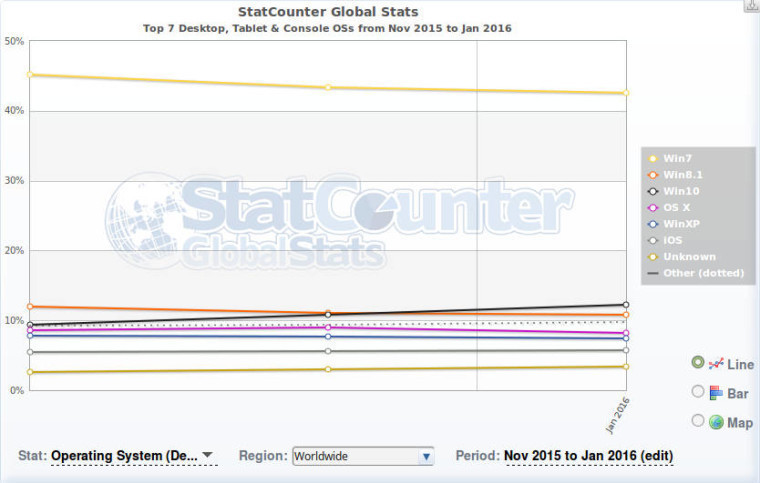 Earlier this month we reported that Windows 10 was hot on the heels of Windows 8.1, if StatCounter's numbers are to be trusted it looks like Windows 10 has overtaken Windows 8.1, making it the second most used Windows version in the world.

Over the course of the month Windows 7, Windows 8.1 and Windows XP all decline in usage by varying amounts, Windows 8.1 and Windows 7 declined more heavily than XP use. Interestingly, following a sharper decline in November to December, Windows 7 seems to have stopped losing users so rapidly, this might be attributed to users which didn't like Windows 10 and reverted to a previous version.

On their current trajectory's Windows 10 and 7 will likely exchange the title for most used OS as they each approach StatCounter's 30% mark. As it stands right now, Windows 10 is a free upgrade for Windows 7 and 8.x users, this offer is due to end in the summer, after which we will probably see adoption of the OS start to slow down - this problem may mean that Windows 10 takes even longer to breach Windows 7's lead.