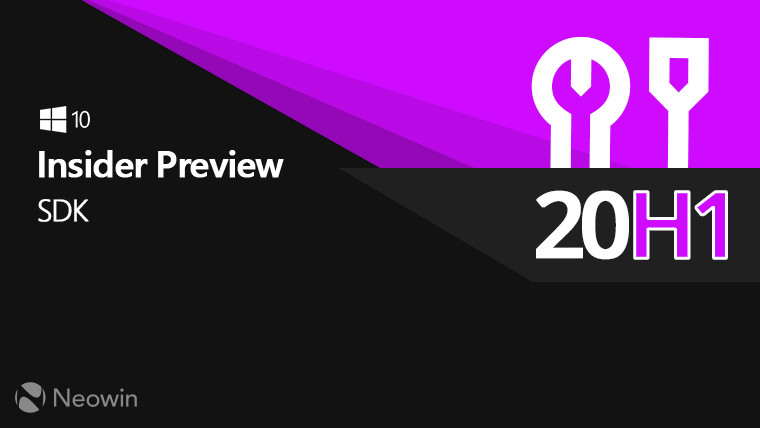 It's Tuesday, which means it's time for another new build of the Windows 10 SDK Preview, which is now up to build number 19028. The build matches that of last Tuesday's Windows 10 build for Insiders in the Fast ring, but that has since been superseded by build 19030.

As usual, there's no changelog for this build of the SDK just yet because Microsoft hasn't posted a blog post. However, since we're nearing the tail end of development for Windows 10 20H1, it's likely no big changes are being made to the SDK at this point.

New builds of Windows 10 in the 20H1 development have been released more quickly than usual, and they've only included fixes, and that's because Microsoft is almost done with this update. Build 19030 even removed the Windows Insider watermark, so it shouldn't be much longer until the final 20H1 is released to Insiders.

If you're interested, you can download the latest preview build of the SDK from the Windows Insider website, along with corresponding builds of the ADK, WDK, and HLK. Keep in mind you'll need to be using Insider builds, as well as Visual Studio 2017 or newer, in order for it to work.