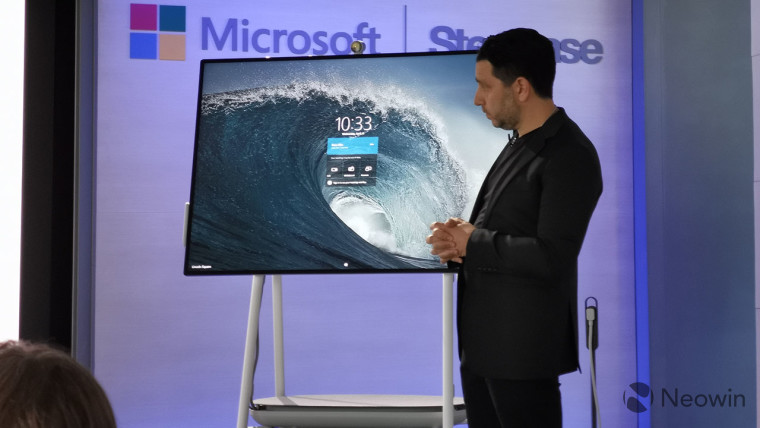 Earlier this week, Microsoft officially made the Windows 10 October 2020 Update available for the general public, both via Windows Update and through the other usual methods. Following up on that, the company has now announced a release date for the Windows 10 Team 2020 Update, which is starting to roll out on October 27.

Windows 10 Team is the version of Windows 10 that runs on the Surface Hub family of devices, and it doesn't get major updates all that often. Existing devices are still stuck on version 1703, which is well over three years old at this point. Microsoft released a preview build for the 2020 Update, based on Windows 10 version 20H2, back in July.

In terms of new features in this update, there's the new Chromium-based Edge browser, support for side-by-side inking with two pens at the same time, and a new Teams feature called Coordinated Meetings, which lets users switch between the Surface Hub and a Teams Rooms device on the fly.

There are also some improvements for Azure AD-joined devices, such as support for Single Sign-On and Conditional Access. It also enables users to sign in with Microsoft Authenticator or a FIDO2 security key.

Only the Surface Hub 2S is getting the update on October 27, and even then, it's a gradual release. On that day, users in New Zealand, Australia, Canada, Belgium, and Mexico will start to get the update. On November 10, it will be available in the UK, Japan, Switzerland, and Italy. The United States and Germany will get it on November 30, and the rest of the world starting on December 7. Microsoft says the first-generation Surface Hub, both the 55- and 84-inch models, should get the update soon after.