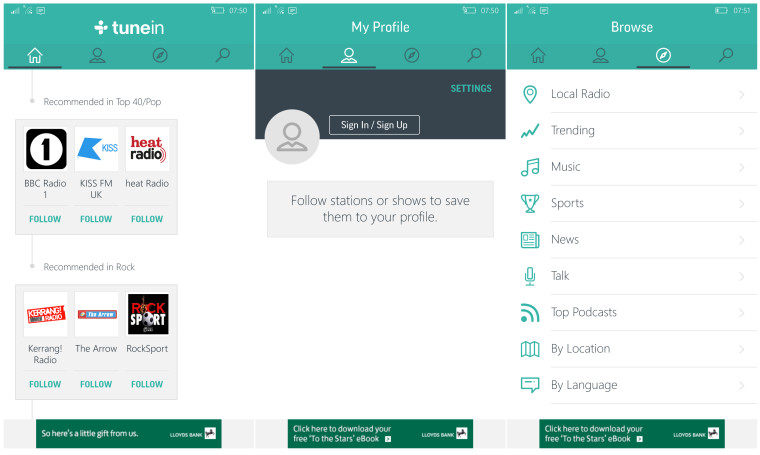 The internet radio streaming app: TuneIn, has just been updated in the Store to become a universal app for Windows 10. The update should be a welcome change for PC owners who have been stuck with an unloved version since Windows 8.

With the advent of Windows 10, we’re finally starting to see the fruits of Microsoft’s controversial universal apps promise. Having the same app work on both PC and Mobile is of course central to Microsoft’s mission to improve the app situation on both types of devices. Considering the PC version had never been kept fresh, the promise of a universal app that is regularly updated is alluring. Last time we checked, the TuneIn app didn’t even work on the PC, so we were hoping this version would be as decent as the recent Windows Phone version.. 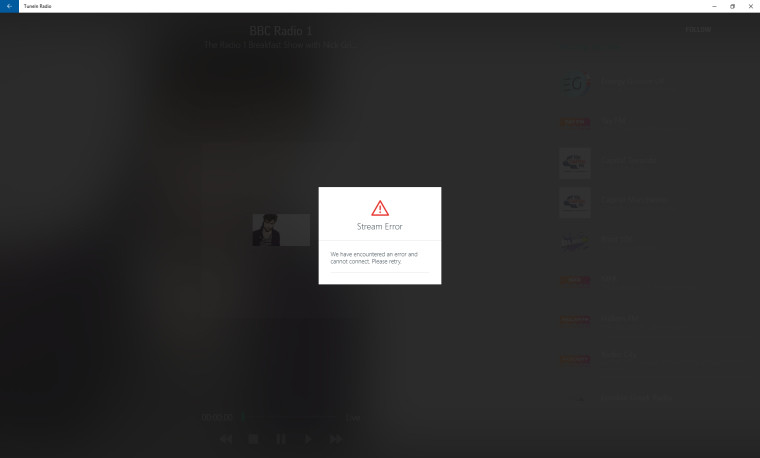 While both apps do look to have received this nice visual update, they both lack the important key features of being either stable or indeed being able to play a stream. We get “Stream Error” after clicking play.

Despite our best efforts, we have been unable to get any stream to open on the updated desktop or mobile versions. Indeed, both versions have a tendency to fall over and crash out when simply navigating around. The Windows 10 Mobile version flat out refused to open until a reboot was enacted.

We suspect that these updates have been released to the store a little early. If you do currently have a working version of TuneIn on your mobile, we’d suggest you hold off updating for the time being. Considering the stability of this release, we’d expect to see the update pulled and corrected shortly.

We’ll be sure to post and update if we get news of something of production quality.

Let us know what you think of the new universal apps so far, and be sure to tip us with any new ones you find!