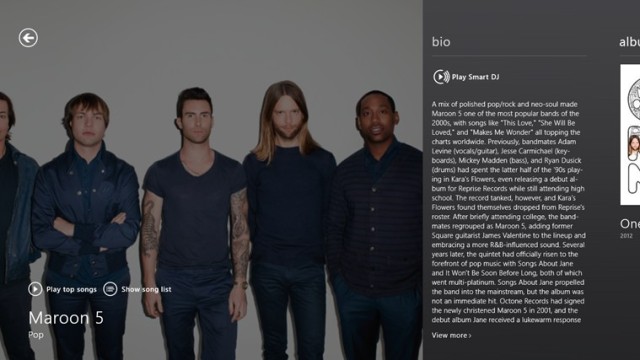 Microsoft is closing the work week with updates for two of its in-house developed Windows 8 apps. The Windows Store is now allowing users to download the updates for the Xbox Music and Xbox Video apps.

Unfortunately, there's no word on what's been updated in the change logs of the apps. Both the Xbox Music and Xbox Video pages are still showing the same patch notes that were made for their previous updates, both of which added a number of new features and improvements. We will update this post if and when Microsoft decides to release the change logs for today's updates.

Microsoft is expected to offer major updates for its in-house Windows 8 apps, along with all new apps, for the free launch of Windows 8.1 later this year.

Update: The new change notes for the Xbox Music and Xbox Video apps have now gone live and there are lots of changes and additions for both apps. The Xbox Music app has added support for semantic zoom to zoom in and out of a user's music collection, along with viewing which part of a user's music collection is on the PC and which music is store on the cloud. It also supports importation of iTunes playlists and more.

The Xbox Video app adds better access to information about actors and director, a way to view the video purchase history and restore previously bought videos and lots more.