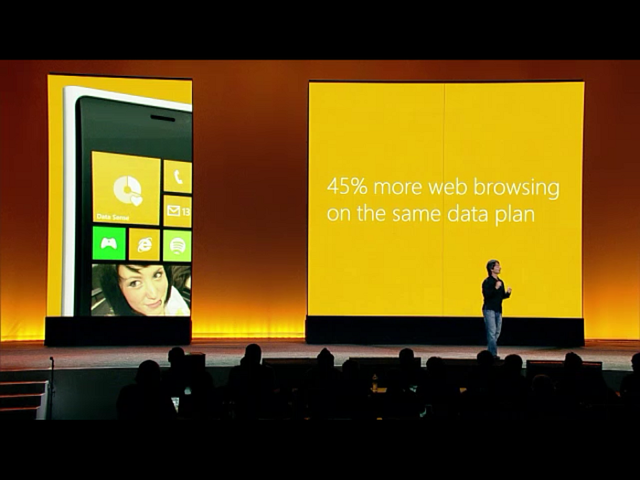 Microsoft launched its Windows Phone 8 OS about a week ago to mainly positive reviews, but the company is not done. They keep bringing new tech and services to their platform and that can only benefit the users.

The most recent news is that Microsoft is integrating software from Devicescape into their mobile phones. Devicescape is a company that specializes in Wi-Fi offload, meaning they run a database of free, curated, and tested Wi-Fi hotspots from around the globe. Then they work with carriers and other companies to provide Wi-Fi access to clients. It is very similar to what Google did a few months back, giving users free Wi-Fi access on Android phones.

This software is supposed to work alongside Microsoft’s Datasense feature that lets you see detailed information on the data consumption on your phone. It also uses compression so your phone uses less data while surfing the web. Microsoft estimates with this feature you can do up to 45% more surfing before you reach your data cap.

There are a few limitations though. Right now you still have to manually connect to the Wi-Fi hotspots but in the not too distant future the software itself will handle this for you. Another potential problem is that even though Devicescape’s network has millions of entries they are mainly in the US so there is presently limited benefit for those outside of the States.