Today's a big day. The Voice is hosting its live voting, Halo 4's just been released, and Americans are voting for the person that will run their country for the next four years or something.

Yesterday, however, Microsoft employees at the company's Redmond, Wash., headquarters were able to get their hands on a copy of the highly anticipated new game before the general public. Scott Granado, an engineer at Microsoft, said on Twitter that the line to the Microsoft employee store could have included 2,000 people.

Standing in line at the Microsoft Company Store for an early copy of Halo 4.Wow, what a line.Must be 2k people! facebook.com/mscompanystore

A picture by Laura Massey, software engineer at Microsoft for the Xbox 360, shows the line that Microsoft employees were facing yesterday to get perhaps the most-anticipated game in the company's history. 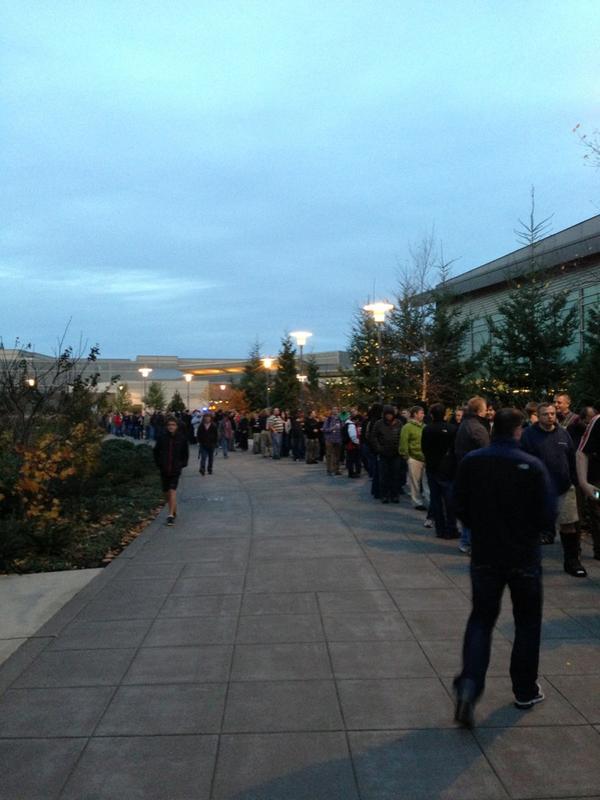 A similar picture was taken by Ian Mikutel, program manager at Microsoft, who said on Twitter he was in line with "about a million other people." 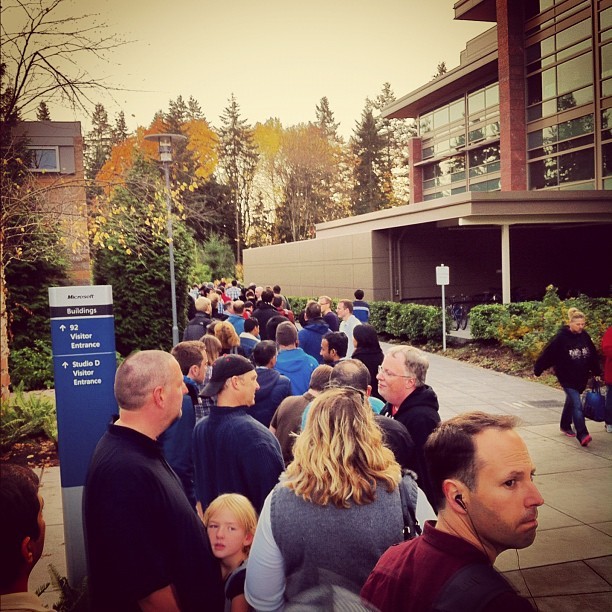 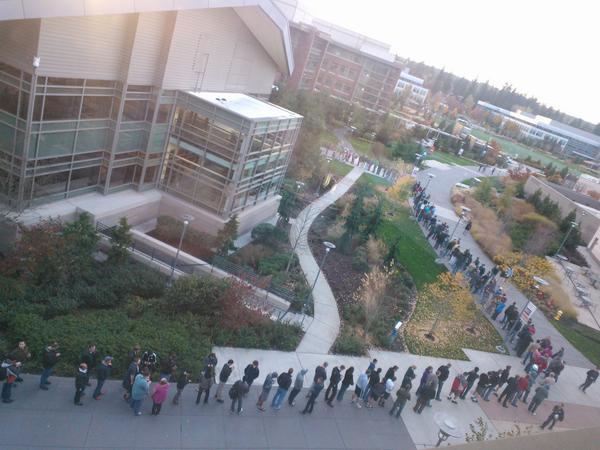 Halo 4 is the first Halo game developed by Microsoft's 343 Industries in-house studio. That studio was formed by the company to handle the Halo series after the franchise's original developer, Bungie, was reformed as an independent company.