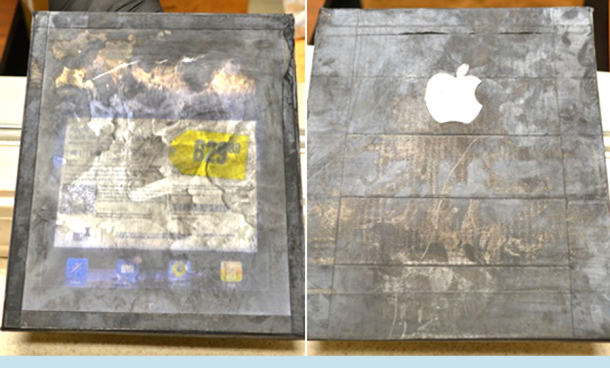 Apple's iPad is certainly a popular device and as such it's also a big target for thieves. As it turns out, it can also be used by con men to make some quick bucks from some unsuspecting marks. This week it was reported that a Spartanburg, South Carolina woman was offered a chance to purchase an iPad, only to find out she bought a block of wood with Apple's logo.

The Spartanburg Herald-Journal web site reports that the woman was at a local McDonalds parking lot on Monday night when she was approached by two men who claimed to have purchased a large amount of iPads at a bulk price. They offered to sell her one for $300. The woman said she only had $180 on her, but the men said they would sell her the iPad for that amount. She received a FedEx box from the two men, one of several kept in the car. However, the woman found out the truth only when she got back home later that night and opened the FedEx box to discover the worthless block of wood. The two con men are still at large.

While it's becoming a more common practice to have these kind of scams happen via online transactions, this case proves that old fashioned face-to-face con men can still victimize people when given a chance. Law enforcement officials say that if a person is approached by men with a similar offer they should always ask to open the box and examine the product before paying any money.