Ready for the release of Windows Phone 7, Zune has been updated to version 4.7. This new version includes the ability for a user to synchronise to and download applications for a WP7. No one expects everything to be perfect at launch, but after playing with Zune 4.7, one has to wonder how much thought was actually put into the PC version of WP7’s marketplace. Let’s go through some of the issues that are immediately apparent: 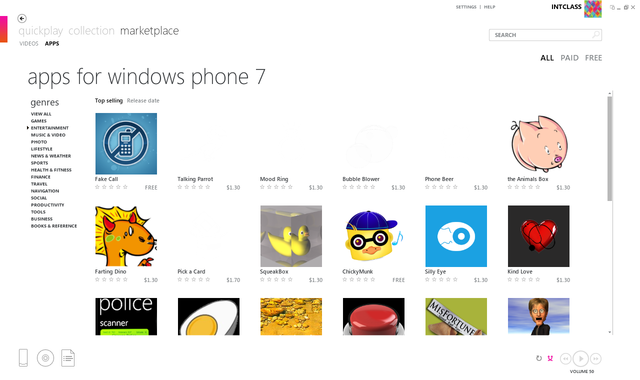 Note the blank tiles in the above picture. At first you might assume that they’re still downloading from the Internet. The truth is that the developers of those applications decided to use transparent PNGs for their tiles with a white image, and Zune isn’t designed to handle that (showing the white image on a white background). For those that aren’t aware, those tiles will be the colour your chosen accent color when installed onto your phone.

Screenshots aren’t as they should be 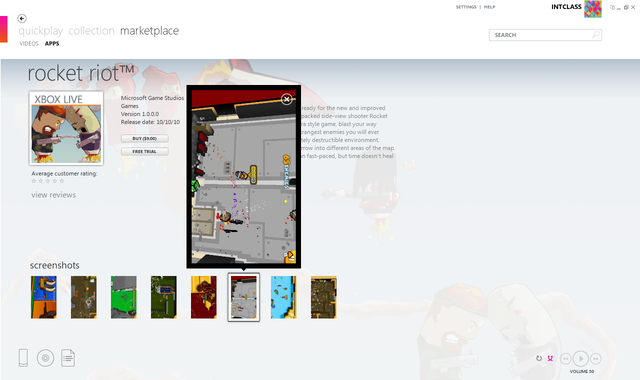 First, many of the screenshots are show at the wrong orientation. It’s probably not a complicated issue to solve, but it’s important. Most people aren’t as skilled at sideways-reading as they are at normal reading.

The second issue is that they’re at such a low resolution that you can’t really see what’s happening a lot of the time. Considering the devices specifications, the screenshots should be at 800x480px – surely Microsoft can muster up the extra storage space that would be needed for bigger screenshots. 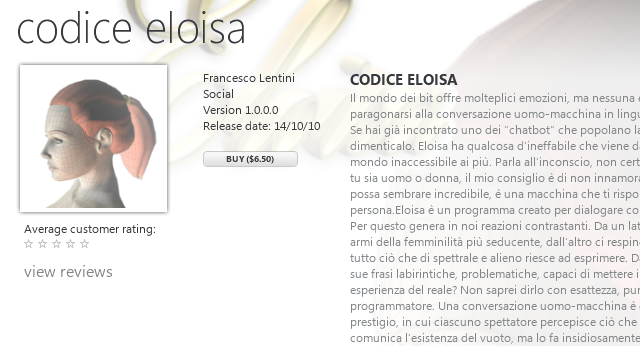 This Zune client is set for English (Australia), so what’s an application doing there that’s described completely in another language? Shouldn’t Microsoft have picked this up during the approval process? Displaying foriegn languages applications to a user isn't necessarily bad, but you’d expect Microsoft to at least provide translated descriptions.

Going through every little quirk in the Zune software could take some time, so here’s a brief summary of some of the ones not discussed above:

Of course, a lot of this will change in the coming few months after WP7 goes public. Let’s just hope that Microsoft gets on top of it quickly, and keeps giving WP7 the attention it’ll need to fend off the fierce competition. As it stands now though, the desktop WP7 Marketplace experience is definitely subpar.