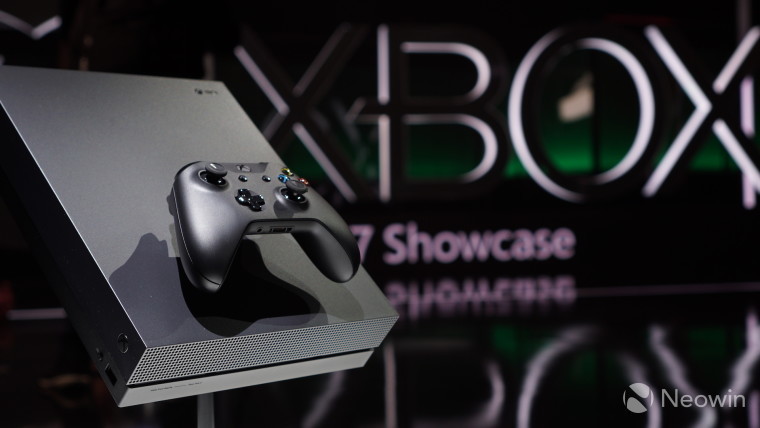 Back in June when Microsoft showed off the Xbox One X (Project Scorpio), Microsoft didn't pull its usual announce-and-sell move. This is because the Xbox One X still had some FCC hurdles to clear before the company could move forward with accepting pre-orders. However, if you're someone that is ready to drop $500 on an Xbox One X come November 7, the wait for reserving your console is nearly over.

Phil Spencer, head of Xbox, took to Twitter when responding to a fan's question regarding when the One X would go on sale:

Our plan is set for this. All approvals are done so now just landing the announce with all the info, won't be too much longer.

Though Spencer didn't say exactly when pre-orders for the One X will go live, it's clear that the blessing from the FCC was the reason why Microsoft held off from taking pre-orders from anxious buyers. The company could opt to open up pre-orders any day but it would make a lot of sense for Spencer to take the opportunity while presenting at Gamescom in August to announce the pre-order stage for the One X.

Phil Spencer also threw an interesting idea into the mix on how people might want to pre-order their Xbox One X. Since the console aims to usher in true 4K gaming to the Xbox platform, the benefits of owning one will not be as apparent without a 4K display to game on. Thus, Spencer teased the idea that the Xbox One X could be bundled with a 4K TV purchase.

Yea, you've seen some of these with S and I'm sure you'll see some with X.

It's unclear whether Spencer was alluding to Microsoft partnering with certain manufacturers to sell the One X with 4K TV or whether those companies will be free to do their own bundling if they choose. Regardless, 4K TV sale prices are quickly coming down in price to where good FHD sets were just a couple years ago, so if you've got $1,000 or so to drop on a new 4K TV (don't forget HDR) and a powerful new Xbox One X console, November 7 might be the perfect time to do so.