When Microsoft unveiled the upcoming Xbox One X at its E3 press conference, the one thing that was clearly missing from the announcement was the date on which buyers could pre-order the device. According to some reports, this was mainly due to the console not having FCC clearance on the date of the conference. Well, it seems like the wireless module that the console will be utilizing has just passed through the FCC. 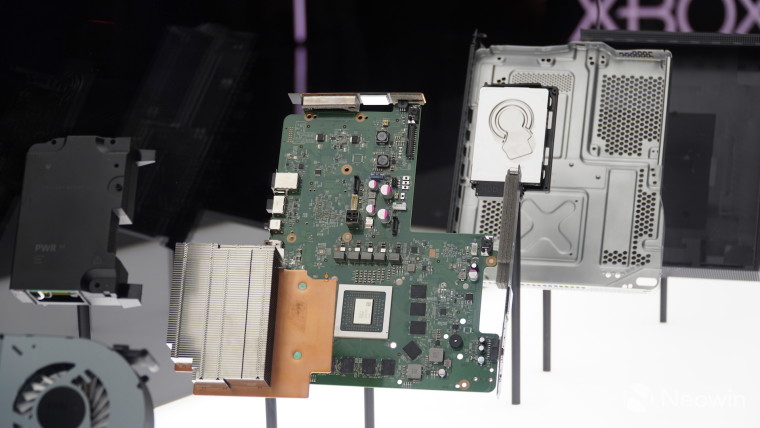 According to the filing for a device with the model number 1817 from Microsoft, it passed several tests for WLAN (up to 5Ghz) connectivity. The company filed the request on July 2, and it was cleared by the FCC if the test reports are to be believed, although not confirmed. The Xbox One S, which went on sale last year, had a model number of 1618 for reference.

Microsoft noted that it would announce pre-orders for the Xbox One X later this year, after discussing the games lineup and how these titles would be improved on the new console. This would suggest that Microsoft will detail its pre-order plans during this year's gamescom expo which will be held next month in Cologne. The lack of a pre-order date also sparked fears of the console being delayed, but Phil Spencer quickly dismissed these rumors.

The Xbox One X is the latest update to the Xbox One family, and is expected to launch on November 7. The console will be priced at $499 and will go on sale worldwide. It features an 8-core CPU, 6-teraflop GPU, and its launch titles include Crackdown 3, and Forza Motorsport 7 amongst others.

Update: Phil Spencer confirmed in a tweet that all approvals for the Xbox One X was completed, and that pre-orders should become available 'soon'.

Our plan is set for this. All approvals are done so now just landing the announce with all the info, won't be too much longer.