Chinese manufacturer Xiaomi isn't exactly a household name in most parts of the world, but the company has fiercely ambitious plans to change that. Already the world's sixth-largest smartphone vendor, according to Canalys, Xiaomi is catching up with the market leaders quickly, and it will be hoping that its new flagship has a big impact on its international expansion plans. 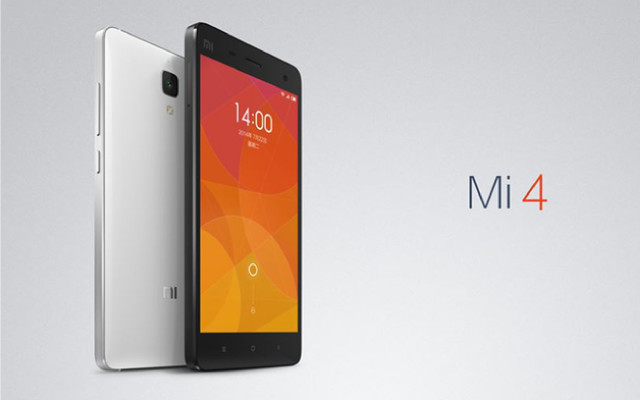 The company announced its top-of-the-range Mi 4 smartphone today and there's a lot to like about it. The device - running a customised version of Android known as MIUI - features a quad-core 2.5GHz Qualcomm Snapdragon 801 chipset and 3GB of RAM, along with 16GB and 64GB storage options. 4G LTE support is included, along with 802.11ac Wi-Fi and a generous 3080mAh battery.

A ring of stainless steel runs around the edge of the device, while up front, there's a 5-inch Full HD (1920x1080px) display and 8MP selfie-cam, while on the back, you'll find a 13MP camera and a changeable cover. There are some rather interesting cover options available too, as Engadget reports, including bamboo, wood, leather, cloth and even 'stone textures'.

What makes the device even more compelling is its price: it will retail for 1999 CNY ($322 USD) for the 16GB model and 2499 CNY ($403 USD) for the 64GB. Buyers can also opt for a $16 annual insurance fee that covers broken screens and accidental liquid damage.

The low price, flagship specs and customization options may well draw comparisons with the OnePlus One, although Xiaomi won't be following that company's lead in forcing its customers to enter competitions to get 'invites' to buy their device.

Xiaomi is slowly but surely expanding into new markets across Asia, but it has big plans to continue growing internationally. In April, it spent $3.6m on acquiring the Mi.com domain, as part of its long-term global expansion, setting a new record for the most expensive domain name ever purchased in China.

Last year, it sold 18.7 million handsets; last quarter, it more than doubled that amount, with 26.11 million sales; and by the end of this year, it expects to have tripled its annual sales to 60 million units, compared with 2013. Earlier this month, the company sold 50,000 of its new Mi Pad tablets in just four minutes.