Microsoft has updated its OneDrive app for Windows Phone, with a range of small but decent enhancements. While some may be disappointed that there are no major new features in this release, others will welcome the news that the update is not just for users of Windows Phone 8.1 - which is now starting to roll out to devices - but also for Windows Phone 8 and 7.5. 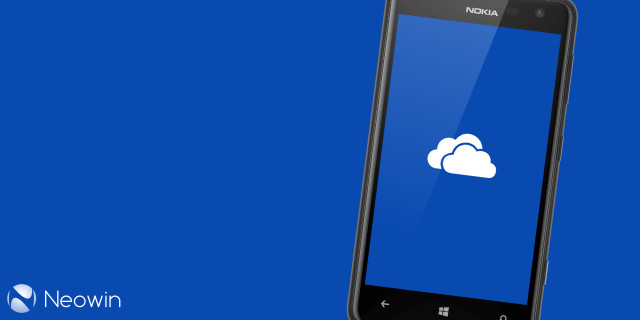 The new release brings the version number of the app up to 4.2. Along with the usual range of "bug fixes and performance enhancements", the update also makes it easier to select contacts when choosing who to share files with.

Additionally, you can now download files to your handset and choose where on the device you would like to save them. A new progress page also makes it easier to see the status of your uploads and downloads.

This may well be one of the last updates for the Windows Phone 7.x version of the app. Microsoft officially ends mainstream support of its dead-ended mobile OS on September 9 - while that strictly applies to the operating system itself, it seems unlikely that the company will continue investing for much longer in developing software for a platform that it no longer supports, especially in light of recent cuts.

The latest version of OneDrive can be downloaded from the Windows Phone Store now.