Xiaomi left a good impression particularly on mobile gamers this year with the launch of the Pocophone F1 in August, seeing as that device packs flagship hardware including a Snapdragon 845 SoC and 8GB of RAM at an attractive price. Last week, a rumor surfaced on Weibo which suggested that the Chinese electronics giant may be planning to announce a new gaming phone later this month, dubbed the Xiaomi Play.

There wasn't much to be glimpsed from that rumor, save for the supposed name of the device and its possible launch window. A new report from China today, however, indicates that the rumored smartphone may indeed be seeing the light of day on December 24, and it will likely offer free 10GB data per month to users.

This has been reportedly confirmed by an executive from Xiaomi. A teaser video also popped up online, showing the supposed Xiaomi Play with a waterdrop notch on the display, a dual rear camera setup, rear-mounted fingerprint scanner, and a gradient color design on the back of the device. 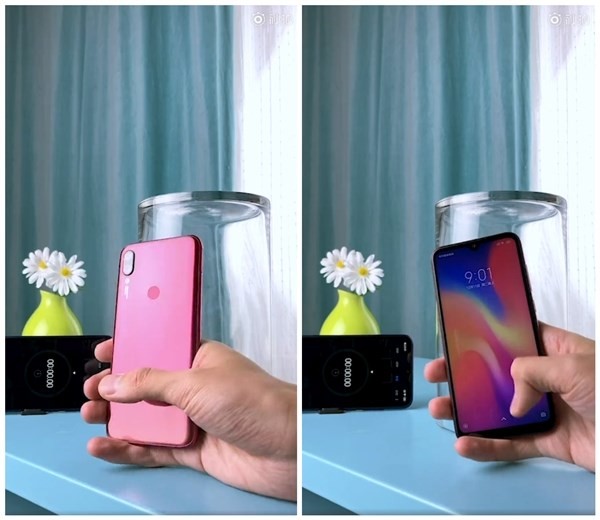 In terms of key specs, the Xiaomi Play is said to be sporting a 5.84-inch Full HD+ display with a 2280×1080 resolution and boasting a 12MP main camera. Under the hood, it will purportedly include a selection of 3GB, 4GB, and 6GB of RAM paired with 32GB, 64GB, and 128GB of internal storage.

There's also supposedly a 2,900mAh battery to juice up the phone, though this particular piece of information seems dubious since the smartphone is supposed to be a gaming handset that requires a bigger battery. Anyway, we'll keep an eye out for official details from Xiaomi next week.

Source and image: IT Home