Is New York City detective John McClane about to take down Apple? No, not really; McClane is a fictional character that actor Bruce Willis portrays in the four Die Hard action movies (believe it or not; a fifth Die Hard movie is currently being made). However, a UK tabloid report claims that Willis does have a real beef with Apple over its iTunes policies. 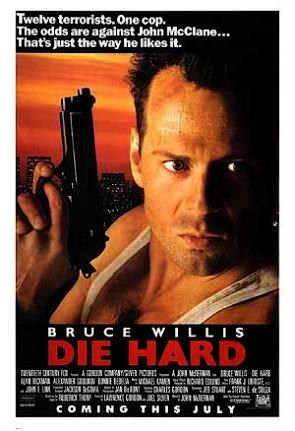 Will Willis throw Apple out of a 30 story building and say, "Happy trails?"

The Sun tabloid claims that Willis has collected a large amount of songs downloaded from Apple's iTunes store. The story claims that Willis wants to leave his digital music collection to his daughters when he dies. Unfortunately, Apple doesn't allow its users to legally share songs bought from the iTunes store with others.

The tabloid claims that Willis has set up a trust with some advisers where his iTunes music tracks can be stored. The report also claims Willis wants to back legal efforts against Apple that are aiming to give more rights to downloadable content consumers.

Whether or not this story is true or not (it is a UK tabloid, after all), the issue of who owns downloadable content is certainly one that is very serious and will continue to be debated for years to come.

Thanks to our moderator Stephen for the tip!