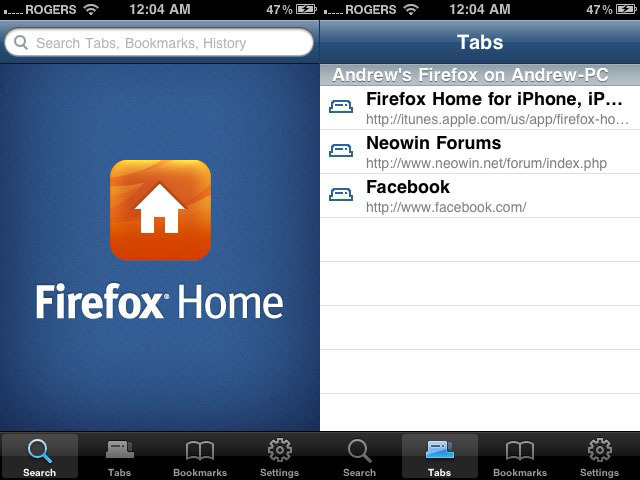 Several years ago Mozilla wanted to bring Firefox to iOS, but the ambitious project stranded before it even took off. The company found out that Apple forbids apps to use their own compilers and interpreters, which means that any browser on iOS has to use the built-in WebKit libraries like Safari uses. That's why Mozilla developed Firefox Home, so that Firefox users still could have a part of the Firefox experience on their iOS devices.

The app syncs your active tabs, history and bookmarks with the desktop version of Firefox, whether your on Windows, Mac or Linux. In a recent blog post, Mozilla clarifies that they are focusing their resources on other projects as the reason behind the removal of Firefox Home from the Apple App Store. However the company is still committed "to explore the best ways to provide great experiences to iOS users."

Luckily there are still ways to sync your Firefox bookmarks on iOS. There are several browsers that support Firefox Sync, like 360 Web Browser, Apollo Browser and iCab Mobile. Mozilla was kind enough to make the source code available on GitHub, so that other developers can continue to improve the technology powering the retired app.