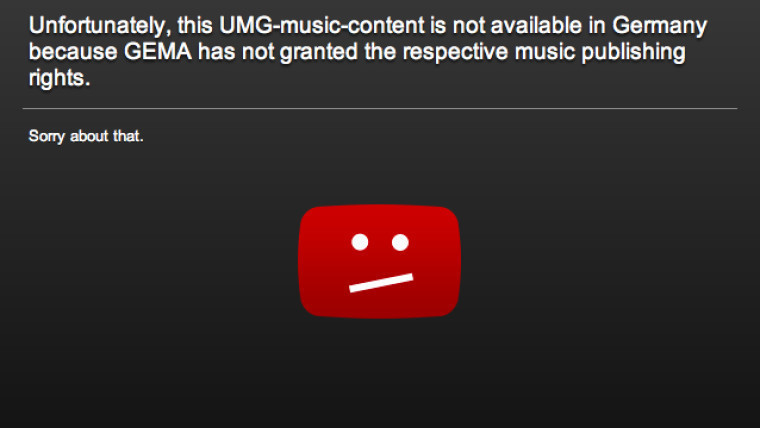 For many years, Germans accessing videos on YouTube have been running into a blocked content message when trying to watch some content. This will no longer be the case, at least on GEMA videos, after YouTube came to an agreement with the German-based music rights organization.

“Today is a big day for music in Germany. YouTube has reached a landmark agreement with Germany-based music rights organisation, GEMA, meaning that starting today, more music will be available on YouTube in Germany. This is a win for music artists around the world, enabling them to reach new and existing fan in Germany, while also earning money from the advertising on their videos. And for YouTube users in Germany, who will no longer see a blocking message on music content that contains GEMA repertoire, for the first time in seven years.”

The two have been conducting several legal battles since 2009 when a previous licensing agreement expired. In a case earlier this year, GEMA was seeking 0.375 euro cents each time one of its members’ songs were played, it failed in this bid.

Apart from YouTube’s obviously glad response to the deal, GEMA is also pleased with the deal, mainly because YouTube has agreed to pay retroactive compensation for videos published since 2009. GEMA’s Harald Heker said:

“What is crucial is that the license agreement covers publications from both the future and the past. With this agreement, we can provide our members their royalties.”

Neither YouTube, nor GEMA, have stated the amounts of money involved in the agreement.