YouTube is now rolling out a re-designed homepage amongst other things that they claim will enhance the social integration of the site, making it easier for users to indentify what's relevant to them. It's apparent however that Google for now, is rolling out the changes to only a few users. 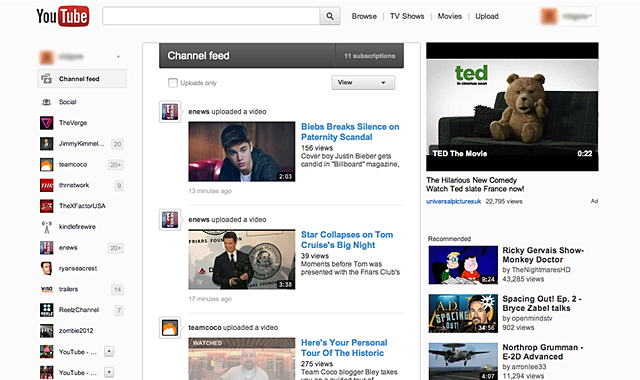 Engadget reports that when they approached Google about the changes, the company issued a brief statement saying "With more videos coming to YouTube every minute we're always experimenting with ways to help people more easily find, watch and share the videos that matter most to them. As always, we'll consider rolling changes out more broadly based on user feedback on these experiments."

What's clear is that whether you like this layout or absolutely hate it, it's worth getting in contact with Google to let them know, since they appear to be taking on user feedback as a priority when it comes to the design of their massively popular video site.

Only last year, YouTube revealed and later rolled out a set of changes to its website design that brought it inline with other design changes sweeping through the company's services. With the birth of Google+ last year, we've seen Google attempting to streamline itself, focussing on its core services, YouTube clearly being one of them.