Late last week Zune HD pictures began leaking from Redmond. We can confirm the pictures were from a promotional internal video and now Wmpoweruser have received some additional pictures and information.

Referred to internally as "Zune v4 powered by HD" the Zune HD looks like a 1st generation iPhone with brushed aluminum back, pure glass front and multi-touch and wireless connectivity. The device is due to ship later this year in 16GB and 32GB versions. Microsoft's latest media player has no buttons on the front and a HDMI connection to play your HD content straight onto TV.

Microsoft is expected to update the Zune Marketplace with games, HD content and other goodies for this new Zune. The Zune player software will allow for HD video on the device alongside HD radio and wireless connectivity. The device will contain a full multi-touch browser allowing users to browse the web over wireless connections.

Microsoft will also be offering home av packs, car packs and charge packs as accessory items for the upcoming zunes. According to company insiders the software giant is also considering a dock accessory and limited editions colours.

As we previously reported, the new Zune will be available internationally. 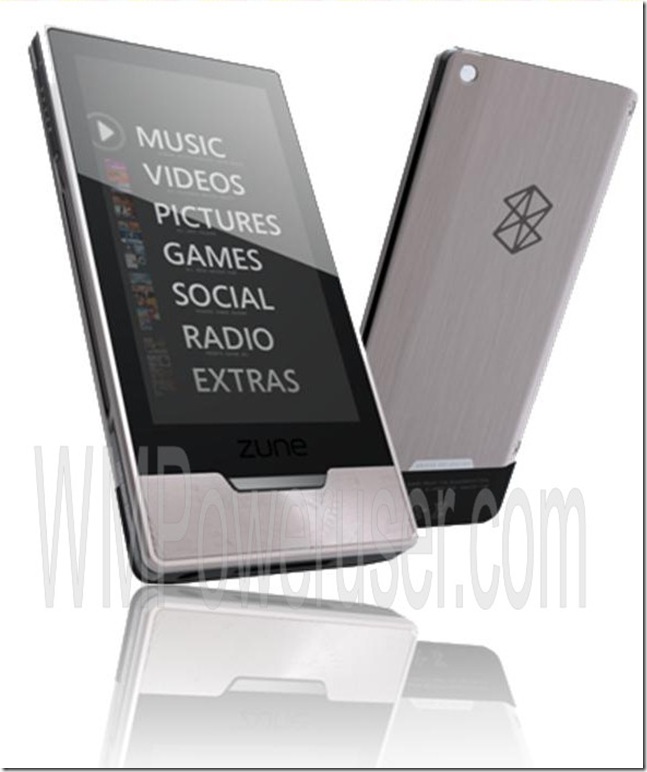