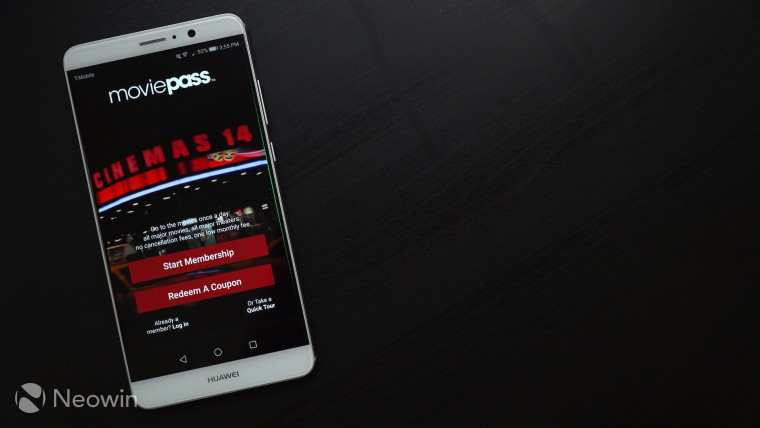 Yesterday, MoviePass, a subscription-based service for going to movie theaters, announced its lowest priced plan to date. For $9.95 per month, subscribers will be able to enjoy one new movie, every 24 hours, excluding 3D or IMAX showings. Only hours after that announcement, AMC Theaters, the largest theater chain in the US, threatened legal action against MoviePass, questioning the long-term viability of the company’s business model.

This move follows weeks of falling share price for AMC, after it released disappointing earnings in its latest quarterly report, which came as a result of a large number of films flopping in the summer box office. After MoviePass' latest pricing plan announcement on Tuesday, AMC's stock fell another 2.57% to $13.25.

The company said in a statement that it is consulting with its attorneys to figure out a way to prevent MoviePass’ subscription program from being used at its theaters:

“From what we can tell, by definition and absent some other form of other compensation, MoviePass will be losing money on every subscriber seeing two movies or more in a month. In AMC’s view, that price level is unsustainable and only sets up consumers for ultimate disappointment down the road if or when the product can no longer be fulfilled. While AMC is not opposed to subscription programs generally, the one envisioned by MoviePass is not one AMC can embrace. We are actively working now to determine whether it may be feasible to opt out and not participate in this shaky and unsustainable program.”

MoviePass CEO Mitch Lowe acknowledges that his company is subsidizing movie tickets for subscribers and that it would lose money in the process. However, he claims that the firm’s business model boosts theater attendance by 111% and that its customers also buy more concessions. Lowe also believes that after MoviePass has proved its value, movie theaters and studios will share part of their additional profits with his company, leading to a sustainable business model.

However, that's not how AMC Theaters sees it, with the company dismissing MoviePass as “a small fringe player”. The $9.95 subscription is available right now on MoviePass, and as of writing, includes access to AMC Theaters.