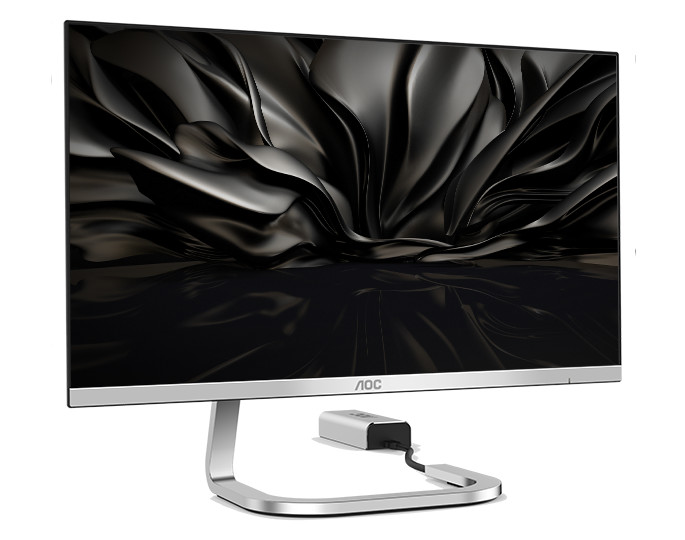 If AOC's 27-inch monitor with integrated Qi wireless charger isn't really your thing, or your budget doesn't quite stretch to the company's 35-inch curved ultra-wide display, you might be interested in a pair of AOC monitors that offer sleek design at a surprisingly affordable price.

The new 24-inch PDS241 and 27-inch PDS271 are the result of a collaboration between AOC and Studio F A Porsche, and offer a slim, premium design with an "almost frameless IPS panel" and ultra-thin bezels.

"The design philosophy behind these monitors," AOC said today, "was inspired by the principals of Ferdinand Alexander Porsche: His approach was 'If you analyze the function of an object, its form often becomes obvious.' The screen is meant to provide a beautiful visual experience, and that experience is often marred by unsightly cables hanging down from the monitor’s ports."

Both displays feature an asymmetrical metal stand, integrating what AOC calls "the first modular input/output design on a monitor". A single cable emerges from the base of the stand, connecting to an external 'power brick' that includes an HDMI port.

The two monitors have Full HD (1920x1080px) IPS panels with 178° viewing angles. They cover 100% of the sRGB and 90% of the NTSC color spaces, and use AOC's SuperColor Technology, which claims to "augment the color spectrum to cover a wider color gamut". 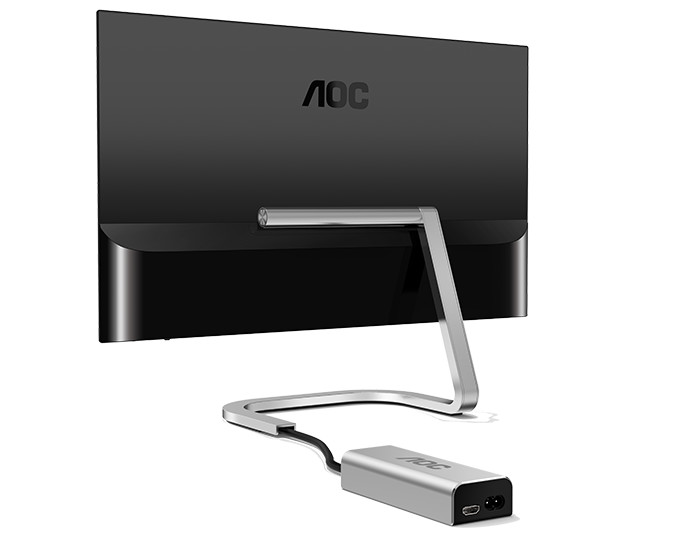 AOC says that its new PDS series of displays "revolutionizes the traditional approach to monitor design." That's perhaps debatable, but they're certainly striking in appearance, and they won't break the bank either.