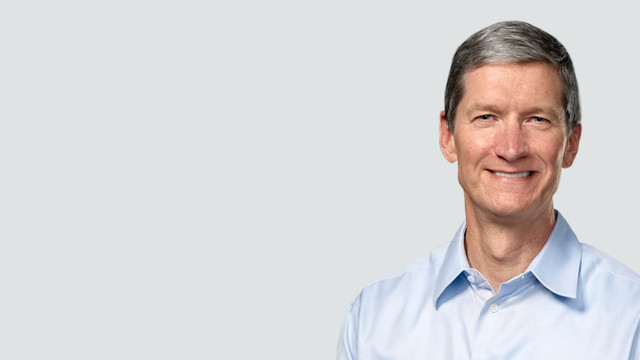 Apple CEO Tim Cook gave a little bit of a virtual pep talk to company employees today, via an email memo that was sent out this morning. Most of it looked back at Apple's accomplishments for 2013 but there was a tiny hint about the company's 2014 plans as well.

The memo, as posted by 9to5Mac, goes over Apple's new product launches in the past year, such as the iPhone 5 and iOS 7, the release of OS X Mavericks for free, the new iPad Air and iPad mini with its Retina display and the most recent launch of the new Mac Pro that's being made in Austin, Texas.

Cook also writes about how Apple has raised "tens of millions of dollars for important charities" in 2013, including helping to fund Red Cross relief efforts to aid victims of the recent Philippines typhoon disaster. Apple is still the largest supporter of the (PRODUCT) RED effort to fight AIDS in Africa. In addition, Cook says Apple is urging the U.S. Congress to pass laws against work discrimination "based on sexual orientation and gender identity" and will work to increase the company's contribution to a number of environmental improvement efforts.

At the very end of the memo, Cook states:

We have a lot to look forward to in 2014, including some big plans that we think customers are going to love. I am extremely proud to stand alongside you as we put innovation to work serving humankind’s deepest values and highest aspirations.

Many people believe that Apple has been concentrating its efforts in the past few years on releasing improvements to current products rather than launching all new devices. Cook's "big plans" statement could hint that the company is finally ready to introduce some rumored new products in the next year, including a smartwatch and the long awaited Apple television.