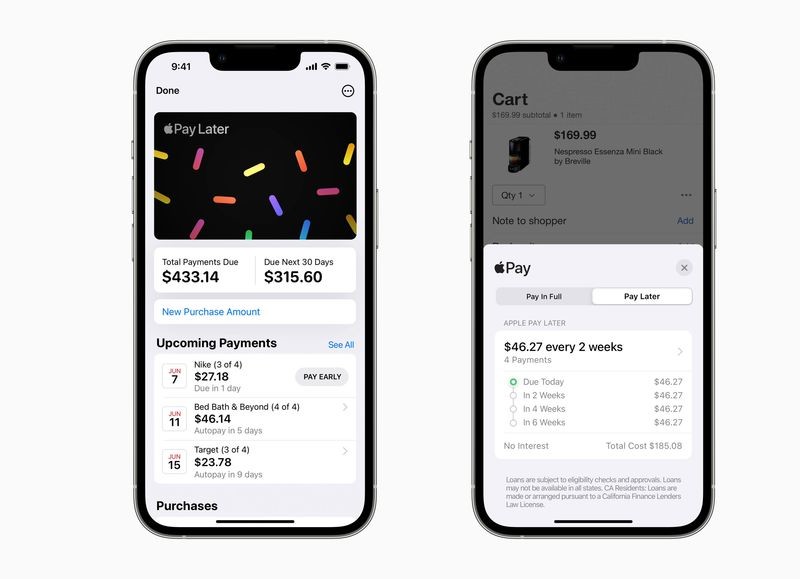 Previously, Apple announced that it will launch its latest feature, Apple Pay Later, designed to enable customers to pay for their purchases in four installments over six weeks without interest or fees, with iOS 16. However, the successor to iOS 15 was released on the 12th of September, the announcement for which was made at the company's Worldwide Developers Conference on June 6, 2022, but the buy now, pay later service did not land.

Now a Bloomberg report by Mark Gurman has indicated that the feature for Apple Pay is facing "significant technical and engineering challenges." Although Apple did not make any announcement about the delay, it did add a note on the iOS 16 website that said:

Coming in a future update for qualifying applicants in the United States for purchases online and in apps on iPhone and iPad. May not be available in all states.

In addition, Gurman noticed that out of several delayed iOS 16 features that are set to make an entrance later in the year, Apple Pay Later is the only feature that did not get a time frame. This suggests that this feature probably won't come to Apple Pay "until iOS 16.4 in the spring."

Currently, there has not been any official announcement from Apple after Apple Pay Later missed the initial release so, for more information, we'll have to wait for when the tech giant makes one.