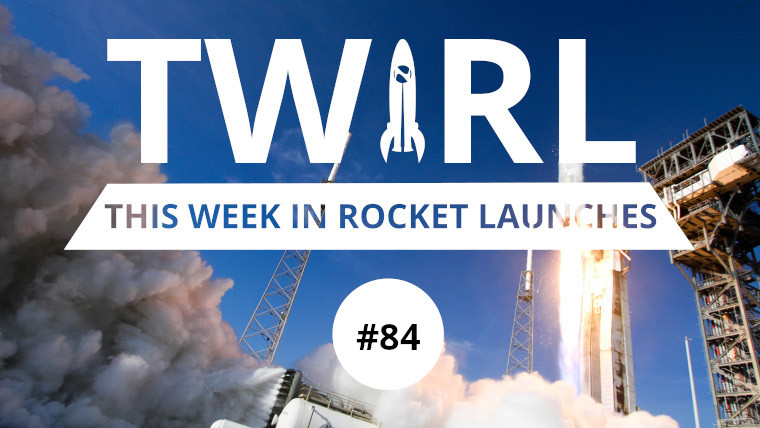 This week we probably won’t have any super exciting missions like NASA’s Artemis I, instead the schedule is full of satellite launches which will perform various tasks including remote sensing and communications. Firefly Aerospace will also launch the TechEdSat 15 mission for NASA, which will test out an exo-brake designed for exo-atmospheric (outside Earth’s atmosphere) braking and de-orbiting.

The first launch of the week is a Long March 2D rocket launching from the Taiyuan Satellite Launch Center in China. It will be carrying ten satellites that will join the Jilin-1 constellation. This network is commercially owned and is used for remote sensing where it’s capable of taking high-resolution images. This mission will take off at 11:50 p.m. UTC, but no live stream is expected.

The day after, another Long March 2D will carry three Yaogan 35 satellites into orbit. These satellites too will be used for remote sensing activities. Some tasks will be to carry out land surveys, estimate agricultural production, and help prevent disasters. This mission is due for launch at 1:40 p.m. UTC from the Xichang Satellite Launch Center

The first launch on Friday is Firefly Aerospace’s Alpha rocket carrying the TechEdSat 15 and Serenity 2 CubeSats into orbit. The TechEdSat 15 mission will see a 3U CubeSat launched equipped with an exo-atmospheric braking device that will be used for de-orbiting. The Serenity 2 CubeSat has been developed by Teachers in Space and will allow for educational experiments to be performed in space at a low cost. This mission will take off from Vandenberg AFB, California between 7:01 a.m. and 9:00 a.m. UTC.

The second and final launch of the day will launch from Cape Canaveral, Florida from 9:36 p.m. UTC. United Launch Alliance (ULA) will launch an Atlas V rocket carrying the SES 20 and SES 21 comms satellites for SES. These satellites will provide C-band TV and data services for the United States. You’ll be able to tune into this mission over on the ULA website.

The first mission we got last week was SpaceX’s Starlink 61 launch, where it bolstered its Starlink constellation.

Next, a Long March 2D carried the third Yunhai-1 satellite to orbit, where it will be used for remote sensing work.

On Wednesday, two cosmonauts and a NASA astronaut blasted off from Baikonur Cosmodrome in Kazakhstan, headed for the ISS.

After they docked, the hatch opened up with the newly arrived astronauts joining the rest of the crew.

On the same day, SpaceX launched another Starlink mission.

Finally, earlier today, China launched its Shiyan-14 and Shiyan-15 satellites atop a Kuaizhou-1A rocket. These satellites will perform science experiments.

That’s all we have this week, be sure to check in next time.