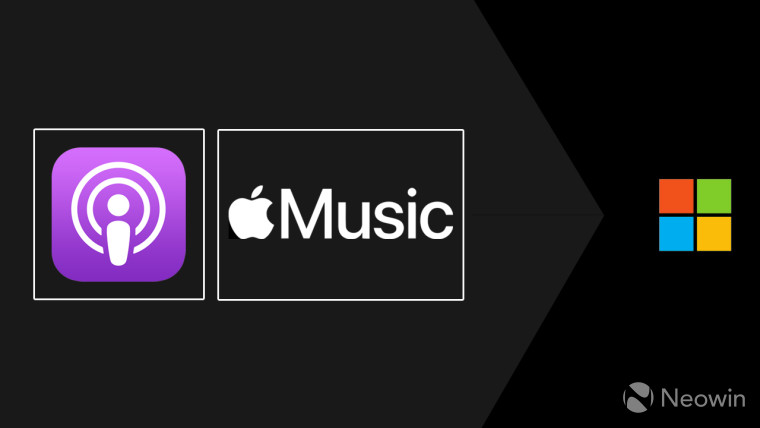 Apple retired iTunes for macOS back in 2019 with the release of macOS Catalina, splitting its functionality into three apps: Music, TV, and Podcasts. However, the company continued offering iTunes on Windows and had nothing to share about replacing the aging music client. A job posting spotted late in 2019 hinted towards possible efforts in that regard, with the firm calling on UWP developers to build the “next generation of media apps for Windows”. The company then made available Apple TV for Xbox late last year.

Now, a new report suggests that the Cupertino giant is working to bring its Music and Podcasts apps to the Microsoft Store. The apps are reportedly being tested as part of a private beta program and a release is expected sometime later this year. It is not clear if the apps are aimed at Xbox users alone, just like the Apple TV app, or if Apple plans to make the offerings available for the PC as well via the Microsoft Store.

Apple has been gradually expanding the availability of its services on multiple platforms. Apple TV, for instance, is making its way to Chromecast with Google TV and multiple smart TVs from LG and Sony. It will not be surprising to see the Music app make it to the Xbox, following the TV app. Though the service has a great web app. there is merit in releasing the apps for Windows 10 – and by extension for Windows 10X that is expected to launch on low-end PCs and tablets first – since it will greatly expand the reach of the company’s services via native apps.

It will be interesting to see what the iPhone company has in store for Microsoft’s platform. The introduction of native TV, Music, and Podcasts apps to Windows will be a welcome addition for users of the services.