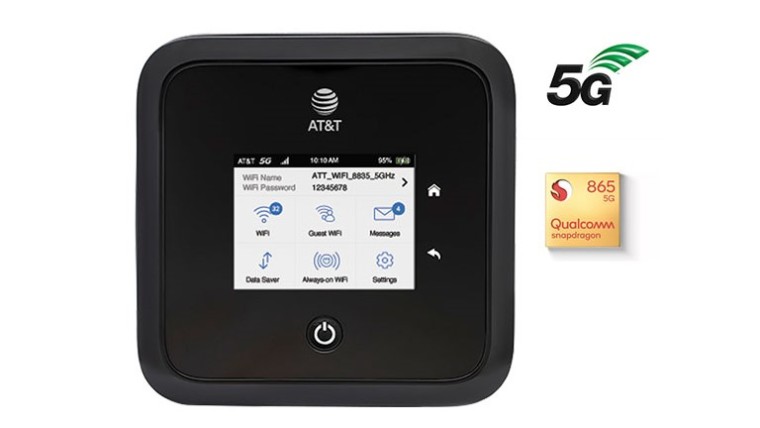 AT&T today announced that it's launching a new 5G hotspot in partnership with Netgear, which will launch this coming Friday, September 18. Called the Nighthawk 5G Mobile Hotspot Pro, it will be an AT&T exclusive and it supports the carrier's nationwide 5G network - the low-band spectrum - as well its mmWave 5G network - what AT&T calls 5G+ - which is available in "parts of" 35 cities in the United States. 5G support is enabled by the Qualcomm Snapdragon X55 modem.

Aside from that, the hotspot also leverages Wi-Fi 6, so it should at least be a safe bet in terms of future-proofing. It supports up to 32 connected devices at once, and it has a 5,040mAh battery, though AT&T doesn't specify how long that will last one a charge. It also has a touch screen, which should make it easier to set up the hotspot.

The Nighthawk 5G Mobile Hotspot Pro will cost $509.99 when it launches this Friday. It can also be had for $17 per month on a 30-month plan.