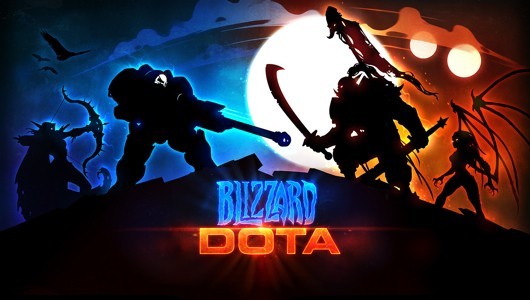 A legal battle between two of the biggest game developers in the business has thankfully been averted. Joystiq reports that in a press release today from Valve and Blizzard, the two developers have agreed to settle their dispute over the trademark of DOTA. Valve announced in 2010 that it would release DOTA 2, a stand alone "sequel" to Defense of the Ancients, a mod for Blizzard's RTS game Warcraft III that has become a huge online hit on its own.

Blizzard filed a Notice of Opposition with the US Patent and Trademark Office earlier this year, claiming that the DOTA trademark "has become firmly associated in the mind of consumers with Blizzard." The developer also announced plans at BlizzCon 2010 to release Blizzard DOTA, a StarCraft II custom map.

Today's agreement states that Valve will continue to use the DOTA trademark for commercial games. Blizzard players of both Warcraft III and StarCraft II will be able to use the name for player-created non-commercial maps. Blizzard has made a change in that Blizzard DOTA will now be referred to as Blizzard All-Stars when it is released.

So far Blizzard has not announced a release date for the newly renamed Blizzard All-Stars. DOTA 2, now in beta testing, is expected to be officially released from Valve later this year.