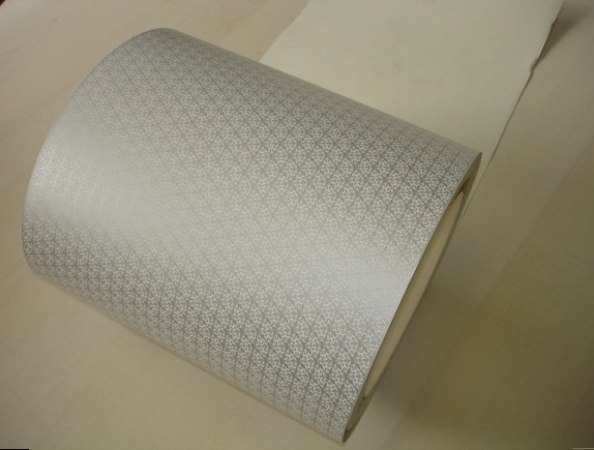 If you have a home WiFi network, you are likely afraid that the signal could be picked up or even hacked into from the outside. Until now, the best you could do is change your password every so often and hope for the best. Now MaximumPC.com reports that two groups of French researchers have come up with a way to block WiFi signals from leaking out, and it will involve some redecorating.

The teams from the Institut Polytechnique de Grenoble and the Centre Technique du Papier have created a special wallpaper called Metapaper. It has silver triangle shapes that are coated in a special ink made up of silver particles. WiFi signals should be blocked wherever Metapaper is applied, while still allowing for outside signals such as cellular wireless networks to get through.

The price of this wallpaper is supposed to be reasonable, with the creators saying that it should be about the same price as "a classic wallpaper mid-range." You can even place another wallpaper design on top of the Metapaper without losing its WiFi blocking abilities. The catch is that to obtain full WiFi signal blocking, a user would have to cover pretty much all of a home's walls, roof and floors in order to prevent any signals from leaking out. There's no word on when Metapaper will be released.